This volume collects a wide-ranging sample of fresh analyses of Spider-Man. It traverses boundaries of medium, genre, epistemology and discipline in essays both insightful and passionate that move forward the study of one of the world's most beloved characters. The editors have crafted the book for fans, creators and academics alike. Foreword by Tom DeFalco, with poetry and an afterword by Gary Jackson (winner of the 2009 Cave Canem Poetry Prize).

Marvel Studios has provided some of the biggest worldwide cinematic hits of the last eight years, from Iron Man (2008) to the record-breaking The Avengers (2012), and beyond. Having announced plans to extend its production of connected texts in cinema, network and online television until at least 2028, the new aesthetic patterns brought about by Marvel's 'shared' media universe demand analysis and understanding. The Marvel Studios Phenomenon evaluates the studio's identity, as well as its status within the structures of parent Disney. In a new set of readings of key texts such as Captain America: The Winter Soldier, Guardians of the Galaxy and Agents of S.H.I.E.L.D., the thematics of superhero fiction and the role of fandom are considered. The authors identify milestones from Marvel's complex and controversial business history, allowing us to appraise its industrial status: from a comic publisher keen to exploit its intellectual property, to an independent producer, to successful subsidiary of a vast entertainment empire.

Contributions by Jerold J. Abrams, José Alaniz, John Carey, Maurice Charney, Peter Coogan, Joe Cruz, Phillip Lamarr Cunningham, Stefan Danter, Adam Davidson-Harden, Randy Duncan, Richard Hall, Richard Heldenfels, Alberto Hermida, Víctor Hernández-Santaolalla, A. G. Holdier, Tiffany Hong, Stephen Graham Jones, Siegfried Kracauer, Naja Later, Ryan Litsey, Tara Lomax, Tony Magistrale, Matthew McEniry, Cait Mongrain, Grant Morrison, Robert Moses Peaslee, David D. Perlmutter, W. D. Phillips, Jared Poon, Duncan Prettyman, Vladimir Propp, Noriko T. Reider, Robin S. Rosenberg, Hannah Ryan, Lennart Soberon, J. Richard Stevens, Lars Stoltzfus-Brown, John N. Thompson, Dan Vena, and Robert G. Weiner The Supervillain Reader, featuring both reprinted and original essays, reveals why we are so fascinated with the villain. The obsession with the villain is not a new phenomenon, and, in fact, one finds villains who are “super” going as far back as ancient religious and mythological texts. This innovative collection brings together essays, book excerpts, and original content from a wide variety of scholars and writers, weaving a rich tapestry of thought regarding villains in all their manifestations, including film, literature, television, games, and, of course, comics and sequential art. While The Supervillain Reader focuses on the latter, it moves beyond comics to show how the vital concept of the supervillain is part of our larger consciousness. Editors Robert Moses Peaslee and Robert G. Weiner collect pieces that explore how the villain is a complex part of narratives regardless of the original source. The Joker, Lex Luthor, Harley Quinn, Darth Vader, and Magneto must be compelling, stimulating, and proactive, whereas the superhero (or protagonist) is most often reactive. Indeed, whether in comics, films, novels, religious tomes, or video games, the eternal struggle between villain and hero keeps us coming back to these stories over and over again.

Along with Batman, Spider-Man, and Superman, the Joker stands out as one of the most recognizable comics characters in popular culture. While there has been a great deal of scholarly attention on superheroes, very little has been done to understand supervillains. This is the first academic work to provide a comprehensive study of this villain, illustrating why the Joker appears so relevant to audiences today. Batman’s foe has cropped up in thousands of comics, numerous animated series, and three major blockbuster feature films since 1966. Actually, the Joker debuted in DC comics Batman 1 (1940) as the typical gangster, but the character evolved steadily into one of the most ominous in the history of sequential art. Batman and the Joker almost seemed to define each other as opposites, hero and nemesis, in a kind of psychological duality. Scholars from a wide array of disciplines look at the Joker through the lens of feature films, video games, comics, politics, magic and mysticism, psychology, animation, television, performance studies, and philosophy. As the first volume that examines the Joker as complex cultural and cross-media phenomenon, this collection adds to our understanding of the role comic book and cinematic villains play in the world and the ways various media affect their interpretation. Connecting the Clown Prince of Crime to bodies of thought as divergent as Karl Marx and Friedrich Nietzsche, contributors demonstrate the frightening ways in which we get the monsters we need. 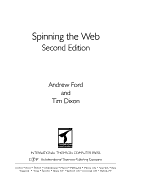 Netscape, HotJava, VRML, and security, are the subjects of this manual which also includes coverage of HTML and HTML3. Case studies and a resource guide feature on the accompanying CD-ROM 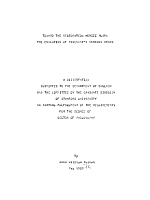 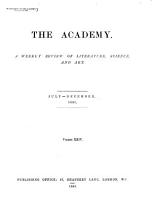