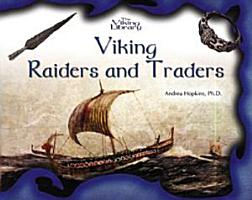 Trading was an essential part of life, even before Norsemen became Vikings.

Blood, sweat, guts and horns. These are the words that probably come to mind when you think of the Vikings. But Vikings weren't all bad.As well as their nasty stuff, they were also successful traders and expert boat builders. This book goes deep into the history of the Vikings. Learn about where they came from and why they invaded other lands. Would you have had what it takes to be a Viking? Dive right in and find out. Vikings: Raiders and Traders is an action-packed ride into the life of a Viking.At a deeper level it is about history and cultural change 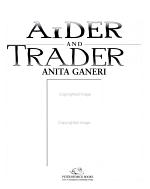 Describes the requirements, training, working conditions, duties, and rewards of various occupations common among the Vikings.

In Vikings, historian Rodney Castleden successfully separates the truth from Norse myth and examines the achievements of the Viking Age—the people, their artistry, technological skills, and seamanship. At the gates of Valhalla, Odin, the God of War and Death, welcomed the bravest of the slain warriors arriving in flaming longships for their final battle. It is a fiery legend still celebrated annually in the Shetland Islands, 150 miles northeast of Scotland, where Vikings ruled for 500 years. In the streets of Lerwick, modern-day Norse descendants form vast torch-lit processions, before burning a sacrificial longship in a Festival of Fire called Up Helly Aa! From the late 8th century, when Viking raiders first appeared, to the end of the 11th century, Scandinavian men and women traveled to many parts of the world, from Newfoundland to Byzantium, in a cultural expansion that lasted for 300 years. But tales of terrifying berserkers may have been the mere propaganda of contemporary Christian chroniclers. Beyond the blood and brutality of legend, Viking colonists shared their culture and craftsmanship, leaving behind an enduring legacy. Learn more about the culture and history of the Vikings, and also when to separate myth from truth, in this intriguing book from the Oxford People series.

This book is a study of communities that drew their identity and livelihood from their relationships with water during a pivotal time in the creation of the social, economic and political landscapes of northern Europe. It focuses on the Baltic, North and Irish Seas in the Viking Age (ad 1050–1200), with a few later examples (such as the Scottish Lordship of the Isles) included to help illuminate less well-documented earlier centuries. Individual chapters introduce maritime worlds ranging from the Isle of Man to Gotland — while also touching on the relationships between estate centres, towns, landing places and the sea in the more terrestrially oriented societies that surrounded northern Europe’s main spheres of maritime interaction. It is predominately an archaeological project, but draws no arbitrary lines between the fields of historical archaeology, history and literature. The volume explores the complex relationships between long-range interconnections and distinctive regional identities that are characteristic of maritime societies, seeking to understand communities that were brought into being by their relationships with the sea and who set waves in motion that altered distant shores.

Offers a guide to the time of the Vikings through a review of their occupations, diverse skills, great expectations, and the accomplishments they made as the talented sailors they were that changed the world.

If the Viking Wars had not taken place, would there have been a united England in the tenth century? Martyn Whittock believes not, arguing that without them there would have been no rise of the Godwin family and their conflict with Edward the Confessor, no Norman connection, no Norman Conquest and no Domesday Book. All of these features of English history were the products, or by-products, of these conflicts and the threat of Scandinavian attack. The wars and responses to them accelerated economic growth; stimulated state formation and an assertive sense of an English national identity; created a hybrid Anglo-Scandinavian culture that spread beyond the so-called Danelaw; and caused an upheaval in the ruling elite. By looking at the entire period of the wars and by taking a holistic view of their political, economic, social and cultural effects, their many-layered impact can at last be properly assessed. 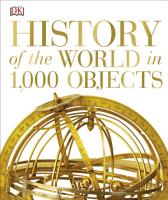 A treasure trove of human creativity from around the world History of the World in 1000 Objects takes a fresh look at world history, viewing cultures and early civilizations through the objects that they created. Humanity is defined by our talent for making things from everyday objects to inventions that changed the world. From a Viking wooden comb to a 1950s fridge-freezer you can uncover what the people's priorities were at the time from what they created. Each culture's objects are grouped under key themes, from art to the history of technology and together build a story that gives real insight into civilization, plus the accessible visual approach to history makes it easy to compare how people lived at different times and in different parts of the world. The objects, from swords and spears to astrolabes and maritime atlases, are showcased through stunning photography from around the world. Celebrate our extraordinary legacy of creativity with History of the World in 1000 Objects. 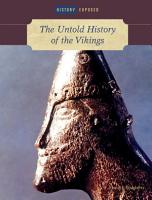 Beginning in 789AD, the Vikings raided monasteries, sacked cities and invaded western Europe. They looted and enslaved their enemies. But that is only part of their story. In long boats they discovered Iceland and America (both by accident) and also sailed up the Seine to Paris (which they sacked). They settled from Newfoundland to Russia, founded Dublin and fought battles as far afield as the Caspian Sea. A thousand years after their demise, traces of the Vikings remain all the way from North America to Istanbul. They traded walruses with Inuits, brought Russian furs to Western Europe and took European slaves to Constantinople. Their graves contain Arab silver, Byzantine silks and Frankish weapons. In this accessible book, the whole narrative of the Viking story is examined from the eighth to the 11th century. Arranged thematically, Vikings  A History of the Norse People, examines the Norsemen from exploration to religion to trade to settlement to weaponry to kingdoms to their demise and legacy. But today questions remain: what prompted the first Viking raids? What stopped their expansion? And how much of the tales of murder, rape and pillage is myth?

The popular image of the Vikings is of tall red-headed men, raping and pillaging their way around the coast of Europe, stopping only to ransack monasteries and burn longships. But the violent Vikings of the 8th century became the pious Christians of the 11th century, who gave gold crosses to Christian churches and in whose areas of rule pagan idols were destroyed and churches were built. So how did this radical transformation happen, and why? What difference did it make to the Vikings, and to those around them, and what is their legacy today? This book takes a "global" look at this key period in Viking history, exploring all the major areas of Viking settlement. Written to be an accessible and engaging overview for the general reader. 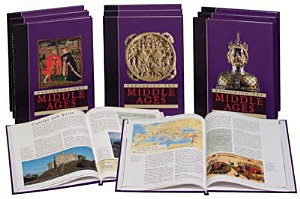 Learn about the history and civilization of the Middle Ages.