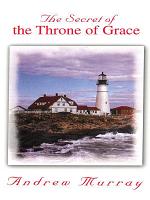 These chapters emphasize the truth that apart from the promptings of the Holy Spirit, we have no desire either to love God or our neighbors. Such thoughts are so important and so heavenly that I wish to make clear the teaching of God's Word concerning them.

The Serpent promised Adam and Eve that their eyes would "be opened" if they ate of the fruit of the tree of knowledge of good and evil. The key word in this passage is eyes, which in Hebrew can be translated "knowledge."What the Serpent promised Adam and Eve was that knowledge would be broadened if they ate of the forbidden fruit.But the most foreboding aspect of this scripture emerges from the fact that the Hebrew word for "eyes" is not plural, but singular. What the Serpent actually told Adam and Eve was that their "eye" would be broadened by knowledge.The "eye" that Scripture wants us to consider is not the physical organ of sight, but the eye of the mind or the soul. This singular "eye" is called the "third eye" of clairvoyance in the Hindu religion, the eye of Osiris in Egypt, and the All-Seeing Eye in Freemasonry.