This short work examines what the Hippocratic Oath said to Greek physicians 2400 years ago and reflects on its relevance to medical ethics today. Drawing on the writings of ancient physicians, Greek playwrights, and modern scholars, each chapter explores one passage of the Oath and concludes with a modern case discussion. This book is for anyone who loves medicine and is concerned about the ethics and history of the profession.

T. A. Cavanaugh's Hippocrates' Oath and Asclepius' Snake: The Birth of the Medical Profession articulates the Oath as establishing the medical profession's unique internal medical ethic - in its most basic and least controvertible form, this ethic mandates that physicians help and not harm the sick. Relying on Greek myth, drama, and medical experience (e.g., homeopathy), the book shows how this medical ethic arose from reflection on the most vexing medical-ethical problem -- injury caused by a physician -- and argues that deliberate iatrogenic harm, especially the harm of a doctor choosing to kill (physician assisted suicide, euthanasia, abortion, and involvement in capital punishment), amounts to an abandonment of medicine as an exclusively therapeutic profession. The book argues that medicine as a profession necessarily involves stating before others what one stands for: the good one seeks and the bad one seeks to avoid on behalf of the sick, and rejects the view that medicine is purely a technique lacking its own unique internal ethic. It concludes noting that medical promising (as found in the White Coat Ceremony through which U. S. medical students matriculate) implicates medical autonomy which in turn merits respect, including honoring professional conscientious objections.

In this book Paul Carrick charts the ancient Greek and Roman foundations of Western medical ethics. Surveying 1500 years of pre-Christian medical moral history, Carrick applies insights from ancient medical ethics to developments in contemporary medicine such as advance directives, gene therapy, physician-assisted suicide, abortion, and surrogate motherhood. He discusses such timeless issues as the social status of the physician; attitudes toward dying and death; and the relationship of medicine to philosophy, religion, and popular morality. Opinions of a wide range of ancient thinkers are consulted, including physicians, poets, philosophers, and patients. He also explores the puzzling question of Hippocrates' identity, analyzing not only the Hippocratic Oath but also the Father of Medicine's lesser-known works. Complete with chapter discussion questions, illustrations, a map, and appendices of ethical codes, Medical Ethics in the Ancient World will be useful in courses on the medical humanities, ancient philosophy, bioethics, comparative cultures, and the history of medicine. Accessible to both professionals and to those with little background in medical philosophy or ancient science, Carrick's book demonstrates that in the ancient world, as in our own postmodern age, physicians, philosophers, and patients embraced a diverse array of perspectives on the most fundamental questions of life and death.

Where should physicians get their ethics? Professional codes such as the Hippocratic Oath claim moral authority for those in a particular field, yet according to medical ethicist Robert Veatch, these codes have little or nothing to do with how members of a guild should understand morality or make ethical decisions. While the Hippocratic Oath continues to be cited by a wide array of professional associations, scholars, and medical students, Veatch contends that the pledge is such an offensive code of ethics that it should be summarily excised from the profession. What, then, should serve as a basis for medical morality? Building on his recent contribution to the prestigious Gifford Lectures, Veatch challenges the presumption that professional groups have the authority to declare codes of ethics for their members. To the contrary, he contends that role-specific duties must be derived from ethical norms having their foundations outside the profession, in religious and secular convictions. Further, these ethical norms must be comprehensible to lay people and patients. Veatch argues that there are some moral norms shared by most human beings that reflect a common morality, and ultimately it is these generally agreed-upon religious and secular ways of knowing—thus far best exemplified by the 2005 Universal Declaration on Bioethics and Human Rights—that should underpin the morality of all patient-professional relations in the field of medicine. Hippocratic, Religious, and Secular Medical Ethics is the magnum opus of one of the most distinguished medical ethicists of his generation.

A physician says, "I have an ethical obligation never to cause the death of a patient," another responds, "My ethical obligation is to relieve pain even if the patient dies." The current argument over the role of physicians in assisting patients to die constantly refers to the ethical duties of the profession. References to the Hippocratic Oath are often heard. Many modern problems, from assisted suicide to accessible health care, raise questions about the traditional ethics of medicine and the medical profession. However, few know what the traditional ethics are and how they came into being. This book provides a brief tour of the complex story of medical ethics evolved over centuries in both Western and Eastern culture. It sets this story in the social and cultural contexts in which the work of healing was practiced and suggests that, behind the many different perceptions about the ethical duties of physicians, certain themes appear constantly, and may be relevant to modern debates. The book begins with the Hippocratic medicine of ancient Greece, moves through the Middle Ages, Renaissance and Enlightenment in Europe, and the long history of Indian 7nd Chinese medicine, ending as the problems raised modern medical science and technology challenge the settled ethics of the long tradition.

Originally published in 1924, this book presents the history of the Hippocratic oath from its earliest formulations through its interpretation and representation by later religious and medical traditions. Jones traces the changing terminology found in various manuscripts from the Greek, Roman and Arabic traditions and gives an assessment in a concluding essay. This book will be of value to anyone with an interest in the history of medicine and medical ethics. 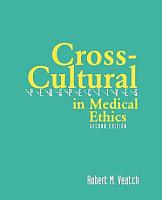 Cross- Cultural Perspectives in Medical Ethics, Second Edition, is an anthology of the latest and best readings on the medical ethics of as many of the major religious, philosophical, and medical traditions that are available today.

A pioneer in kidney transplantation in Canada in the late 1950s, Dr. John Dossetor was faced with making many ethical decisions in his ground-breaking research and practice in nephrology so it was with much personal experience that he embraced the study of medical ethics in his later years. His medical career spans decades of change as modern technology made possible more complex treatment situations. His observations on his own distinguished career in medicine from his perspective as a bioethicist are instructive and informative.

Medical ethics has been a constant adjunct of Western medicine from its origins in Greek times. Although the Hippocratic Oath has been intensely studied, until recently there has been very little historical work on medical ethics between the Oath and Thomas Percival's Medical Ethics of 1803, which is commonly thought of as the first treatise on modern medical ethics. This volume brings together original research which throws new light on how standards of behaviour for medical practitioners were articulated in the different religious, political and social as well as medical contexts from the classical period until the nineteenth century. Its ten essays will place the early history of medical ethics into the framework of the new social and intellectual history of medicine that has been developed in the last ten years.

T.A. Cavanaugh's 'Hippocrates' Oath and Asclepius' Snake' articulates the Hippocratic Oath as establishing the medical profession by a promise to uphold an internal medical ethic that particularly prohibits doctors from killing. In its most basic and least controvertible form, this ethic mandates that physicians help and not harm the sick 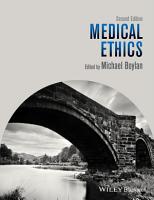 The second edition of Medical Ethics deals accessibly with a broad range of significant issues in bioethics, and presents the reader with the latest developments. This new edition has been greatly revised and updated, with half of the sections written specifically for this new volume. An accessible introduction for beginners, offering a combination of important established essays and new essays commissioned especially for this volume Greatly revised - half of the selections are new to this edition, including two essays on genetic enhancement and a section on gender, race and culture Includes new material on ethical theory as a grounding for understanding the ethical dimensions of medicine and healthcare Now includes a short story on organ allocation, providing a vivid approach to the issue for readers Provides students with the tools to write their own case study essays An original section on health provides a theoretical context for the succeeding essays Presents a carefully selected set of readings designed to progressively move the reader to competency in subject comprehension and essay writing

The practice of clinical medicine is inextricably linked with the need for moral values and ethical principles. The study of medical ethics is, therefore, rightly assuming an increasingly significant place in undergraduate and postgraduate medical courses and in allied health curricula. Making Sense of Medical Ethics offers a no-nonsense introduction to the principles of medial ethics, as applied to the everyday care of patients, the development of novel therapies and the undertaking of pioneering basic medical research. Written from a practical rather than a philosophical perspective, the authors call upon their extensive experience of clinical practice, research and teaching to illustrate how ethical principles can be applied in different 'real-life' situations. Making Sense of Medical Ethics encourages readers to understand the principles of medical ethics as they apply to clinical practice; explore and evaluate common misconceptions; consider the ethics underlying any medical decision; and as a result, to realize that a good appreciation of medical ethics will help them to practise more effectively in the future.

This work is a sampling of the Hippocratic Corpus, a collection of ancient Greek medical works. At the beginning, and interspersed throughout, there are discussions on the philosophy of being a physician. There is a large section about how to treat limb fractures, and the section called The Nature of Man describes the physiological theories of the time. The book ends with a discussion of embryology and a brief anatomical description of the heart.