These briefs on Japan's political economy give a short, simple introduction to people unfamiliar with Japan ...

God does not appear in the modern market. For most economists this is as it should be. It is in no way necessary, according to modern economic theory, to consider God when thinking about economy. Indeed, the absence of God in economic matters is viewed as necessary to the great advances in modern economy. The difficulty with modern market economies, however, is that human livelihood is also left out of the theory and practice of the market economy. ?"I propose to bring the church's teaching about God, the doctrine of the Trinity, to bear on the masked connections between God and economy. I will treat the Trinity as the way of understanding what the Bible calls the 'economy of God.'? 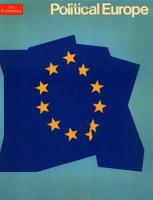 This booklet contains 10 briefs on the political structure and individual parties of the European Economic Community, all of which have previously appeared in The Economist. The first four briefs deal with the' institutions and powers of the central bodies in Strasbourg and Luxembourg: the parliament, the budget process and the day-to-day problems of managing a multi-lingual European government. A page of maps and charts then explains and analyses the outcome of the elections to the assembly. Following this are six briefs on the major political groupings within the European parliament, contrasting their power there with the influence they have inside the individual member countries. The booklet is thus a practical and, it is hoped, useful guide to the development and present state of European political ideas -communism, socialism, liberalism, Christian democracy, conservatism and nationalism - within the broader context of the relatively new idea of a federated European community.

The Penguin Economist Special reports delve into the most pressing economic issues of the day: from national and global economies, to the impact of trade, industry and jobs. Written to be read on a long commute or in your lunch hour - be better informed in under an hour. As Western liberalist capitalism flounders in the wake of global recession, state backed companies are slowly taking over. The melding of the power of the state and the power of capitalism is on the rise. Prevalent in the emerging economies of China, Russia and Brazil, some of the world's most powerful companies are state owned. The 13 biggest oil firms are government controlled. China Mobile has over 600million customers and the Emirates airlines is growing at 20% a year. However, despite the numerous successes, Adrian Wooldridge urges caution. He asks whether it could easily survive if confronted with difficulty, criticises the embedded corruption and cronyism and asks whether a fair trading system is possible to maintain with government favoured business. Slowly but surely, the invisible hand of the market is being usurped by the visible, often authoritarian, hand of state capitalism. Sections include: The visible hand Something old, something new - a brief history of state capitalism New masters of the universe - how state enterprise is spreading Theme and variations - state capitalism is not all the same Mixed bag - infrastructure and innovation The world in their hands - state capitalism looks outward and inward And the winner is - fatal flaws 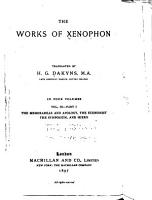 The Penguin Economist Special reports delve into the most pressing economic issues of the day: from national and global economies, to the impact of trade, industry and jobs. Written to be read on a long commute or in your lunch hour - be better informed in under an hour. Globalisation and technology are changing the structure of the labour market. Now, companies have the choice to recruit from further afield and without the need for traditional office workers. Matthew Bishop explores how companies can, and will, recruit employees in the future and how individuals can get ahead in this era of change. Sections include: The great mismatch Labour-market trends: Winners and losers Bottom of the pyramid Self-help: My big fat career Free-for-all Companies' concerns: Got talent? The role of government: Lending a hand A better balance: More feast, less famine