"The 66 Laws of the Illuminati: Secrets of Success," written by The House of Illuminati, provides the blueprint and tenets required for personal success. The House of Illuminati, known around the world as "The Illuminati," has broken years of silence with this publication. The Illuminati has made known its "Laws" which they indicate are the secrets of success for anyone who embarks upon the path of Light. Organized in six chapters, the book begins with "Chapter 1: The 66 Laws." Chapter 1 details the sixty-six rules of life suggested by the Illuminati as a guaranteed guide to success. The Laws are age-old, proverbial wisdom which typically sheds light on a principle of good character. Each of the Laws is followed by a Lesson that gives further clarity; insight, meaning, and commentary to help the reader better understand how to apply the Law. Chapter 2, "A Letter to the Youth of the Present Age," is a letter written by the Illuminati to the youth of the 21st century. It is a passionate epistle in response to comments made by rap artist Jay-Z and negative, inaccurate rumors which were circulating at the time. Chapter 3, "The House of Illuminati," shares the ancient and modern history of Illuminati. Chapter 4, "The Rituals," is a behind-the-scenes look at what happens inside the secret House including admission criteria and ceremonies. Chapter 5, "The Creed," and Chapter 6, "The Prayer," publish the Illuminati's creed and prayer which shape the essence of what the Illuminati believes. For the first time in centuries, this book is the only known source of written documents which define The Illuminati. A detailed account of our purpose and our commitment to the "path of Light" is provided for the public. The Illuminati hopes that all readers around the world will unite in a common cause to pursue the Light and travel down a road of success. Success is guaranteed to any person who follows the Laws and learns from the Lessons. On the path of the Light, The Illuminati 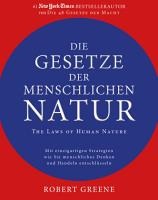