This book examines the African American struggle for access to public libraries in the South, bringing together and examining the three distinct fields involved—Southern Studies, African American Studies, and Library Studies—to inform the historical survey.

Languages with free word orders pose daunting challenges to linguistic theory because they raise questions about the nature of grammatical strings. Ross, who coined the term Scrambling to refer to the relatively free word orders found in Germanic languages (among others) notes that the problems involved in specifying exactly the subset of the strings which will be generated are far too complicated for me to even mention here, let alone come to grips with (1967:52). This book offers a radical re-analysis of middle field Scrambling. It argues that Scrambling is a concatenation effect, as described in Stroik s (1999, 2000, 2007) Survive analysis of minimalist syntax, driven by an interpretable referentiality feature [Ref] to the middle field, where syntactically encoded features for temporality and other world indices are checked. The purpose of this book is to investigate the syntactic properties of middle field Scrambling in synchronic West Germanic languages, and to explore, to what possible extent we can classify Scrambling as a syntactic phenomenon within Survive-minimalist desiderata.

This collection of poignant essays covers a multiplicity of concerns for the 21st-century Black librarian and embodies compassion and respect for the provision of information, an act that defines librarianship. The essays, written by Black librarians in public, academic, state, federal, technology, and special libraries, are personable, inspiring, and thought provoking for all library professionals, regardless of race, class, or gender.

Graham focuses on Alabama, where African Americans, denied access to white libraries, worked to establish and maintain their own "Negro branches." These libraries - separate but never equal - were always underfunded and inadequately prepared to meet the needs of their constituencies."--Jacket. 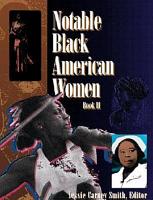 "In the wake of the fiftieth anniversary of the Brown v. Board of Education Supreme Court decision, Unfinished Business: Race, Equity, and Diversity in Library and Information Science Education provides evidence that few, if any, library and information science (LIS) programs were ever integrated. With an impressive cast of contributors that includes experienced faculty and students, Unfinished Business tackles the issue of diversity from three distinct perspectives: external and environmental forces, student recruitment, and faculty/curriculum issues." "Unfinished Business points to all of the spokes on the wheel of library and information science education, from racial issues in the financial-aid process to the impact of technology on LIS students of color, and from the recruitment of minority students to faculty development. Beyond showing where LIS programs have fallen short, the contributors to this volume reinvigorate the discourse regarding the future. Unfinished Business is a catalyst for hope and strength in meeting the challenges of fully realizing the promise of the Brown v. Board of Education decision."--BOOK JACKET.Title Summary field provided by Blackwell North America, Inc. All Rights Reserved

Although the history of librarianship as an organized profession dates only as far back as the mid-19th century, the history of libraries is much older, and people have been engaged in pursuits that we recognize as librarianship for many thousands of years. This book traces librarianship from its origins in ancient times through its development in response to the need to control the flood of information in the modern world to the profound transformations brought about by the new technologies of the late 20th and early 21st centuries. The Historical Dictionary of Librarianship focuses on librarianship as a modern, organized profession, emphasizing the period beginning in the mid-19th century. Author Mary Ellen Quinn relates the history of this profession through a chronology, an introductory essay, appendixes, and an extensive bibliography. The dictionary section has over 300 cross-referenced entries on important personalities, libraries around the world, and notable organizations and associations. This book is an excellent access point for students, researchers, and anyone wanting to know more about librarianship.

Although the majority of libraries in the state of Kentucky did not offer services to African Americans between the years 1860 and 1960, public libraries did employ them. The Louisville Public Library, a leader in the development of library management and education from 1905 to 1925, began in 1912 offering classes to train African American women to be librarians in segregated public library branches that were opening in the South. In 1925, an academic library program was developed for African Americans at the Hampton Institute in Virginia to continue the work that began in Kentucky. This movement culminated with Helen F. Frye's becoming the first African-American to graduate with a master of science degree in library science from the University of Kentucky Library School in 1963. This work moves from the provision by Berea College of the first library services to a fully integrated student body in 1866 through the integration of the state's only accredited library science program at the University of Kentucky in 1949 to the civil rights initiatives of the 1960s. Also addressed are the interconnectedness of libraries and societal events and how one affected the other.

Born to a Danish seamstress and a black West Indian cook, Nella Larsen lived her life in the shadows of America's racial divide. Her writings about that life, briefly celebrated in her time, were lost to later generations--only to be rediscovered and hailed by many. In his search for Nella Larsen, George Hutchinson exposes the truths and half-truths surrounding her, as well as the complex reality they mask and mirror. His book is a cultural biography of the color line as it was lived by one person who truly embodied all of its ambiguities and complexities.

Stephanie J. Shaw takes us into the inner world of American black professional women during the Jim Crow era. This is a story of struggle and empowerment, of the strength of a group of women who worked against daunting odds to improve the world for themselves and their people. Shaw's remarkable research into the lives of social workers, librarians, nurses, and teachers from the 1870s through the 1950s allows us to hear these women's voices for the first time. The women tell us, in their own words, about their families, their values, their expectations. We learn of the forces and factors that made them exceptional, and of the choices and commitments that made them leaders in their communities. What a Woman Ought to Be and to Do brings to life a world in which African-American families, communities, and schools worked to encourage the self-confidence, individual initiative, and social responsibility of girls. Shaw shows us how, in a society that denied black women full professional status, these girls embraced and in turn defined an ideal of "socially responsible individualism" that balanced private and public sphere responsibilities. A collective portrait of character shaped in the toughest circumstances, this book is more than a study of the socialization of these women as children and the organization of their work as adults. It is also a study of leadership—of how African American communities gave their daughters the power to succeed in and change a hostile world.

This book contains essays reflecting on the role of the black librarian at the beginning of the 1970s. It looks at the librarian's profile; why he or she chose librarianship; the opportunities and obstacles faced; and projections for the future for black librarians. 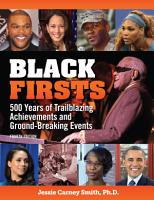