By controlling expenses that do not help patients, a single payer system will simplify our health care system, improve the quality of care, and provide savings that far exceed the cost of extending coverage to every American. Johns Hopkins transplant surgeon Dr. James Burdick outlines a viable approach to improving health care delivery to cover every American. Quality will be improved while costs will be lowered, ending the misery and grievances plaguing U.S. health care today. The essence of the plan is to empower a transparent, apolitical national public-private Doctors Board to independently oversee care using a new approach to monitor quality. Joined with a convenient national electronic medical record system, this unique single payer system will free doctors to deal with each patient individually. With these innovations, Dr. Burdick s plan also limits market influences and politics in medical decisions so that each patient can receive care appropriate to their personal medical needs. Thirty interviews with a broad range of authorities provide startling new insights about the adoption of a single payer structure for American health care. These expert opinions complement Dr. Burdick's own clinical and Federal experience as a leader in overseeing the country's organ transplantation program. Through these unique initiatives, Dr. Burdick provides commonsense solutions tothe political and social challenges currently anchoring American health care to costly and medically inferior practices. Such progress, Dr. Burdick predicts, is more possible nowthan ever before. The time is right for single payer!"

The recent rise of “Medicare for All” in American political discourse was many years in the making. Behind this rise is a movement composed of grassroots activists and organizations that have been working for more than three decades to achieve the goal of establishing a single-payer healthcare system in the United States. In the past decade, the Single Payer Movement has grown and garnered more public and political support than ever before. This relative success cannot be attributed to any one political figure or political era. The story of how this happened, and how it is tied to a turn against establishment politics on both the left and right, as well as the rise of outsider politicians such as Senator Bernie Sanders, takes place during the Clinton, G.W. Bush, Obama, and Trump administrations. During each of these eras, activists experienced shifting opportunities that they interpreted through the telling of stories. These narratives of opportunity encouraged participation in particular forms of grassroots mobilization, which then affected the outcome of each era. This has had lasting effects on the development of healthcare policy in the United States. In this book, Hern conducts a political ethnographic analysis in which she uses historical records, interviews, and participant observation to tell the story of the Single Payer Movement, establish the lessons that can be learned from this history, and develop a framework—the Environment of Opportunity Model—that involves a holistic understanding of social movement activity through the analysis of narrative practice.

Some issues accompanied by supplements.

First- are reports of the constitution conventions. 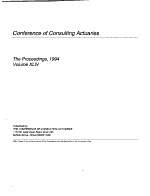 What if our political leaders started talking to us as if we were grownups? That depends on who you ask. America's top political consultants tell their candidates that honest, realistic talk -- talk that sidesteps the good old smiley-faced clich�s, that reflects some of the complexities of today's issues, that holds voters accountable for their own actions and decisions instead of automatically praising them -- will buy them nothing but heartburn on the campaign trail and a one-way ticket back to private life. In this collection of provocative speeches that high-priced consultants would call politically suicidal, Jeff Golden challenges that "realistic" cynicism head on. We are more than ready for leadership that treats us like responsible adults, he says. We are hindering for it.

"The best concise explanation of why the United States needs single-payer health care — and needs to widen the definition of health care itself."— The Washington Post Single payer healthcare is not complicated: the government pays for all care for all people. It’s cheaper than our current model, and most Americans (and their doctors) already want it. So what’s the deal with our current healthcare system, and why don’t we have something better? In Health Justice Now, Timothy Faust explains what single payer is, why we don’t yet have it, and how it can be won. He identifies the actors that have misled us for profit and political gain, dispels the myth that healthcare needs to be personally expensive, shows how we can smoothly transition to a new model, and reveals the slate of humane and progressive reforms that we can only achieve with single payer as the springboard. In this impassioned playbook, Faust inspires us to believe in a world where we could leave our job without losing healthcare for ourselves and our kids; where affordable housing is healthcare; and where social justice links arm-in-arm with health justice for us all.