This highly regarded, affordable mainstream Social Psychology text is both a comprehensive introduction and a complete program, with the core text and supplements carefully crafted to work together to benefit both instructor and student. The Fourth Edition is a balanced, integrated introduction to social psychology and its many applications. The text is organized around a socio-historical framework that links historical and cultural events to social psychological theory. This framework encourages critical thinking, stimulates awareness of intercultural differences, and enables students to understand social psychology in the context of their own lives and in world events.

This highly regarded, affordable mainstream Social Psychology text is both a comprehensive introduction and a complete program, with the core text and supplements carefully crafted to work together to benefit both instructor and student. The Fourth Edition is a balanced, integrated introduction to social psychology and its many applications. The text is organized around a socio-historical framework that links historical and cultural events to social psychological theory. This framework encourages critical thinking, stimulates awareness of intercultural differences, and enables students to understand social psychology in the context of their own lives and in world events.

This book is a brief but comprehensive survey of research, writings, and professional practices concerned with death and dying. It is interdisciplinary and eclectic--medical, psychological, religious, philosophical, artistic, demographics, bereavement, and widowhood are all considered--but with an emphasis on psychological aspects. A variety of viewpoints and research findings on topics subsumed under "thanatology" receive thorough consideration. Questions, activities, and projects at the end of each chapter enhance reflection and personalize the material. This fourth edition features material on: * moral issues and court cases concerned with abortion and euthanasia; * the widespread problem of AIDS and other deadly diseases; * the tragedies occasioned by epidemics, starvation, and war; and * the resumption of capital punishment in many states. The book's enhanced multicultural tone reflects the increased economic, social, and physical interdependency among the nations of the world. Topics receiving increased attention in the fourth edition are: terror management; attitudes and practices concerning death; cross-cultural concepts of afterlife; gallows humor, out-of-body experiences; spiritualism; mass suicide; pet and romantic death; euthanasia; right to die; postbereavement depression; firearm deaths in children; children's understanding of death; child, adolescent, adult, and physician-assisted suicide; religious customs and death; confronting death; legal issues in death, dying and bereavement; death education; death music; creativity and death; longevity; broken heart phenomenon; beliefs in life after death; new definitions of death; children's acceptance of a parent's death; terminal illness; and the politics of death and dying.

This practical handbook takes a totally fresh approach to the work of pastoral counselors by drawing on recent research and developments in the health and behavioral sciences. Thoroughly revised and updated, this edition incorporates new or expanded coverage of topics such as: - a new chapter on Pastoral Self-Care which offers advice on maintaining psychological health, avoiding crisis, and preventing personal and occupational burnout - the integration of counseling with other pastoral roles and functions - pastoral counseling ethics - how to help people build personal motivation for change -grief counseling and crisis intervention - post-traumatic stress, physical and sexual abuse, and personality disorders 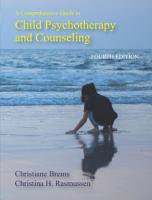 Christiane Brems, in collaboration with new coauthor Christina Rasmussen, introduces prospective and practicing clinicians to theories and principles of applied clinical work with children ages three to twelve years. The authors take an integrated approach to understanding children and their families, using a biopsychosociocultural model for conceptualization and treatment planning. Their methods are practical and compassionate, as well as contextually grounded and individually tailored. Chapters follow the logical development of clinicians, mirroring the natural flow of work with children. Coverage ranges from the importance of a beginning practitioner’s introspection and of ethical and legal issues to a variety of intervention techniques and strategies and, finally, termination. Case studies showcase individualized and mindful treatment for each child with whom a clinician works. Outstanding Features of the Fourth Edition . . . · Essential attention to how clinicians’ self-awareness can lead to positive therapeutic relationships with children and their families. · Thorough discussions of the biopsychosociocultural model for conceptualization and treatment planning. · Emphasis on intensive assessment prior to treatment planning to address the needs of each child and family. · A compelling, practical exploration of mindfulness intervention with children. The authors’ methodology addresses the profound effects of the larger environment and culture on children. By adopting the authors’ integrated approach, clinicians are better able to understand important and complicated aspects of a child’s and family’s life. From there, compassionate, thoughtful, and relevant intervention ensues. 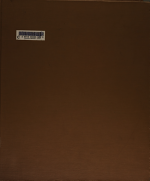 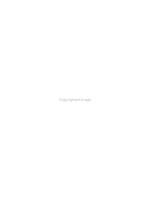 This revised text focuses on the dynamics of management in the context of a challenging and new work environment. Readers will learn about the responsibilities of a manager and what this means for their future career through many practical examples that are interwoven with core concepts and theories. They will benefit from the solid foundation of research covered, as well as the high quality of examples presented. 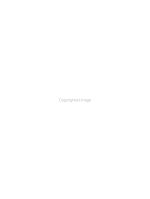 This well-researched, lively text is an examination of marriage and family in the 1990s. It reflects the contemporary concerns of today's diverse and non-traditional student population and contains the latest information on such topics as love and intimacy; communication; parenting; family stresses and strengths; diversity; homosexuality; and gender issues. Chapter 11, "Violence and Abuse in Relationships," explores violence throughout the life cycle, from child abuse to date rape to elder abuse. Three types of chapter boxes feature: "Change and Continuity" provides contemporary facts about families; "Challenges and Choices" enables students to assess their strengths and stresses in response to today's realities; and "Personal Perspectives" facilitates self-insight as a basis for healthy decisions about relationships. A CNN Videotape includes segments on domestic violence and numerous other timely issues confronting families today. The complete Supplements Package includes an Instructor's Manual/Test Bank, with CNN Video Guide; CNN Videotape; computerized test bank; and Study Guide.