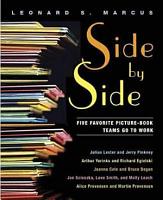 Describes the process by which several teams of authors and illustrators have created such picture books as "Louis the Fish," "The Glorious Flight," "The Stinky Cheese Man and Other Fairly Stupid Tales," "Sam and the Tigers," and "The Magic School Bus Explores the Senses."

This book constitutes a guide for student and staff leaders in alternative break (and other community engagement, both domestic and international) programs, offering practical advice, outlining effective program components and practices, and presenting the underlying community engagement and global learning theory. Readers will gain practical skills for implementing each of the eight components of a quality alternative break program developed by Break Away, the national alternative break organization. The book advances the field of student-led alternative breaks by identifying the core components of successful programs that develop active citizens. It demonstrates how to address complex social issues, encourage structural analysis of societal inequities, foster volunteer transformation, and identify methods of work in mutually beneficial partnerships. It emphasizes the importance of integrating a justice-centered foundation throughout alternative break programs to complement direct service activities, and promotes long-term work for justice and student transformation by offering strategies for post-travel reorientation and continuing engagement. The authors address student leadership development, issue-focused education, questions of power, privilege, and diversity, and the challenges of working in reciprocal partnerships with community organizations. They offer guidance on fundraising, budget management, student recruitment, program structures, the nuts and bolts of planning a trip, risk management, health and safety, and assessment and evaluation. They address the complexities of international service-learning and developing partnerships with grassroots community groups, non-governmental and nonprofit organizations, and intermediary organizations. For new programs, this book provides a starting point and resource to return to with each stage of development. For established programs, it offers a theoretical framework to reflect on and renew practices for creating active citizens and working for justice.

Kavita Gupta is a woman in transition. When her troubled older brother, Sunil, disappears, she does everything in her power to find him, convinced that she can save him. Ten days later, the police arrive at her door to inform her that Sunil's body has been found. Her world is devastated. She finds herself in crisis mode, trying to keep the pieces of her life from falling apart even more. As she tries to cope with her loss, the support system around her begins to unravel. Her parents' uneasy marriage seems more precarious. Her health is failing as her unprocessed trauma develops into more sinister conditions. Her marriage suffers as her husband is unable to relate to her loss. She bears her burden alone, but after hitting her lowest point, she knows she needs to find a better way of coping. Desperate for connection, she reaches out to a bereavement group, where she meets Hawthorn, a free-spirited young man with whom she discovers a deep connection through pain. After being blindsided by a devastating marital betrayal, she wonders if a fresh start is possible in the wake of tragedy. Will she escape her problems and start over? Or will she face the challenges of rebuilding the life she already has? Side by Side is a story about loss, growth and the search for meaning in the wake of tragedy, illuminated through one woman's journey from harm to care.

"A treasure trove for any fan of Dean and Jerry, packed with valuable information, behind-the-scenes stories, and a dizzying array of rare photos. I couldn't put this book down!" - Leonard Maltin Michael J. Hayde is the author of My Name's Friday: The Unauthorized But True Story of Dragnet and the Films of Jack Webb, Chaplin's Vintage Year: The History of the Mutual-Chaplin Specials and Flights of Fantasy: The Unauthorized but True Story of Radio & TV's Adventures of Superman. 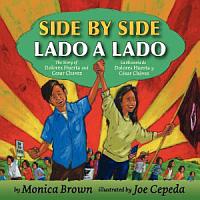 Everyone needs help from time to time, especially in the midst of painful circumstances and difficult trials. In this short book, a highly respected biblical counselor and successful author offers practical guidance for all Christians—pastors and laypeople alike—who want to develop their “helping skills” when it comes to walking alongside hurting people. Written out of the conviction that friends are the best helpers, this accessible introduction to biblical counseling will equip believers to share their burdens with one another through gentle words of wisdom and kind acts of love. This book is written for those eager to see God use ordinary relationships and conversations between ordinary Christians to work extraordinary miracles in the lives of his people.

Side by Side has helped more than 25 million students worldwide persist and succeed as language learners! This course is a dynamic, all-skills programme that integrates conversation practice, reading, writing and listening - all in a light-hearted, fun and easy-to-use format. This edition promotes active communication between students...practising speaking together 'side by side'.

A heartfelt and playful ode to the father-child relationship, by two-time Caldecott-medal-winning author Chris Raschka King and Jester, Boat and Captain, Mountain and Climber... fathers and children are all of these things and more in Chris Raschka's tribute to this familial pair. Each stanza presents three scenarios in which the father and child's roles are subtly balanced. The pairs vary between stanzas, coming together in a visit to an ice-cream truck. With minimal text and maximum emotion, the book encapsulates Raschka's own passion and nostalgia for being a father to his [now-grown] son. 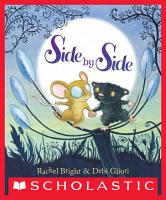 A little mouse finds a best friend to stay by her side! Deep in the heart of Wintermouse Wood, Down in the grass where the autumn trees stood, Lived all kinds of creatures -- some big and some small -- Some spiky, some furry, some short, and some tall. Follow one little mouseling and her search for a best friend to stay by her side in this joyful read-aloud bedtime book -- the perfect celebration of friendship. Rachel Bright's sweet text and Debi Gliori's heartwarming illustrations show the importance of friendship.

This is a dual narrative of Israeli and Palestinian history, where readers can track each against the other, noting both where they differ as well as where they correspond. This format reveals surprising juxtapositions and allows readers to consider and process the very different viewpoints and logic of each side of the Israeli-Palestinian conflict.

During the early colonial encounter, children’s books were among the first kinds of literature produced by US writers introducing the new colony, its people, and the US’s role as a twentieth-century colonial power to the public. Subsequently, youth literature and media were important tools of Puerto Rican cultural and educational elite institutions and Puerto Rican revolutionary thought as a means of negotiating US assimilation and upholding a strong Latin American, Caribbean national stance. In Side by Side: US Empire, Puerto Rico, and the Roots of American Youth Literature and Culture, author Marilisa Jiménez García focuses on the contributions of the Puerto Rican community to American youth, approaching Latinx literature as a transnational space that provides a critical lens for examining the lingering consequences of US and Spanish colonialism for US communities of color. Through analysis of texts typically outside traditional Latinx or literary studies such as young adult literature, textbooks, television programming, comics, music, curriculum, and youth movements, Side by Side represents the only comprehensive study of the contributions of Puerto Ricans to American youth literature and culture, as well as the only comprehensive study into the role of youth literature and culture in Puerto Rican literature and thought. Considering recent debates over diversity in children’s and young adult literature and media and the strained relationship between Puerto Rico and the US, Jiménez García's timely work encourages us to question who constitutes the expert and to resist the homogenization of Latinxs, as well as other marginalized communities, that has led to the erasure of writers, scholars, and artists.

An essential companion to a timeless spiritual classic The Lotus Sūtra is among the most venerated scriptures of Buddhism. Composed in India some two millennia ago, it asserts the potential for all beings to attain supreme enlightenment. Donald Lopez and Jacqueline Stone provide an essential reading companion to this inspiring yet enigmatic masterpiece, explaining how it was understood by its compilers in India and, centuries later in medieval Japan, by one of its most influential proponents. In this illuminating chapter-by-chapter guide, Lopez and Stone show how the sūtra's anonymous authors skillfully reframed the mainstream Buddhist tradition in light of a new vision of the path and the person of the Buddha himself, and examine how the sūtra's metaphors, parables, and other literary devices worked to legitimate that vision. They go on to explore how the Lotus was interpreted by the Japanese Buddhist master Nichiren (1222–1282), whose inspired reading of the book helped to redefine modern Buddhism. In doing so, Lopez and Stone demonstrate how readers of sacred works continually reinterpret them in light of their own unique circumstances. An invaluable guide to an incomparable spiritual classic, this book unlocks the teachings of the Lotus for modern readers while providing insights into the central importance of commentary as the vehicle by which ancient writings are given contemporary meaning.