A first volume in a best-selling series that reflects intricate and symbolic aspects of Russian subculture and also inspired details from David Cronenberg's Eastern Promises is a visual treasury of more than 3,000 tattoos accumulated throughout the course of a Russian prison attendant's career.

The photographs, drawings and texts published in this book are part of a collection of more than 3,000 tattoos accumulated over a lifetime by a prison attendant named Danzig Baldaev. Tattoos were his gateway into a secret world in which he acted as ethnographer, recording the rituals of a closed society. The icons and tribal languages he documented are artful, distasteful, sexually explicit and sometimes just strange, reflecting as they do the lives and traditions of Russian convicts. Skulls, swastikas, harems of naked women, a smiling Al Capone, medieval knights in armor, daggers sheathed in blood, benign images of Christ, sweet-faced mothers and their babies, armies of tanks and a horned Lenin: these are the signs by which the people of this hidden world mark and identify themselves. With a foreword by Danzig Baldaev, and an introduction by Alexei Plutser-Sarno, exploring the symbolism of the Russian criminal tattoo.

A first volume in a best-selling series that reflects intricate and symbolic aspects of Russian subculture and also inspired details from David Cronenberg's Eastern Promises is a visual treasury of more than 3,000 tattoos accumulated throughout the course of a Russian prison attendant's career.

This book features over 180 photographs and accompanying texts of Russian criminal tattoos from the Arkady Bronnikov collection. From the mid-1960s to the late- 1980s Bronnikov worked as a senior expert in criminalistics at the USSR Ministry of Internal Affairs, part of his duties involved visiting correctional institutions of the Ural and Siberia regions. It was here that he interviewed, gathered information and took photographs of convicts and their tattoos, building one of the most comprehensive archives of this phenomenon. He regularly helped to solve criminal cases across Russia by using his collection of tattoos to identify culprits and corpses. The Bronnikov collection was made exclusively for police use, to further the understanding of the language of these tattoos and to act as an aid in the identification and apprehension of criminals in the field. Unimpeded by artistry, these vernacular photographs present a guileless representation of criminal society. Every image discloses evidence of an inmate's character: aggressive, vulnerable, melancholic, conceited. Their bodies display an unofficial history, told not just through tattoos, but also in scars and missing digits. Closer inspection only confirms our inability to comprehend the unimaginable lives of this previously unacknowledged caste.

This book reveals the importance of playing cards in Russian criminal culture. The handmade decks are beautiful works of art in their own right. Prohibited by the prison authorities, they are constructed from innocuous materials procured from the everyday routine of prison life. During construction both the cards and their designs are adroitly manipulated so they can be read. Once they are completed, the virtuoso player prowls the prison, searching for a suitable victim. This process is described here for the first time. Extensive diagrams show how the cards are made, while decks of actual prison cards are reproduced in facsimile. 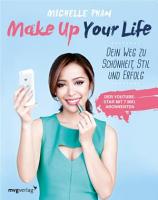