Turn the pages, turn back time—and turn your fate. U-Ventures®: Edward Packard’s classics, revised and expanded for today’s readers! The best in interactive adventure fiction—challenging, stimulating, and tremendous good fun! Also at the App Store on iTunes. In Return to the Cave of Time, you should understand that there are some strange things about time—and you’re about to learn what they are. Walk into the Cave of Time and don’t turn back. Keep going. Yes, it’s dark and your hands feel clammy. The passageway you’re in may only be half an inch wider than you are. But keep going. You are about to see the beginning of time, the end of time…and some wild times in between. There’s no telling what can happen to you, but here’s hoping you’ll know what to do when the time is right….

The reader, lost in a strange cave, decides how the story comes out.

An unassuming family struggles to keep up with the ruthless pace of progress in “a genuinely brilliant novel” from a Nobel Prize winner (Chicago Tribune). A Los Angeles Times Best Book of the Year and a New York Times Notable Book Cipriano Algor, an elderly potter, lives with his daughter Marta and her husband Marçal in a small village on the outskirts of The Center, an imposing complex of shops, apartments, and offices. Marçal works there as a security guard, and Cipriano drives him to work each day before delivering his own humble pots and jugs. On one such trip, he is told not to make any more deliveries. People prefer plastic, apparently. Unwilling to give up his craft, Cipriano tries his hand at making ceramic dolls. Astonishingly, The Center places an order for hundreds, and Cipriano and Marta set to work—until the order is cancelled and the penniless trio must move from the village into The Center. When mysterious sounds of digging emerge from beneath their new apartment, Cipriano and Marçal investigate; what they find transforms the family’s life, in a novel that is both “irrepressibly funny” (The Christian Science Monitor) and a “triumph” (The Washington Post Book World). “The struggle of the individual against bureaucracy and anonymity is one of the great subjects of modern literature, and Saramago is often matched with Kafka as one of its premier exponents. Apt as the comparison is, it doesn’t convey the warmth and rueful human dimension of novels like Blindness and All the Names. Those qualities are particularly evident in his latest brilliant, dark allegory, which links the encroaching sterility of modern life to the parable of Plato’s cave . . . [a] remarkably generous and eloquent novel.” —Publishers Weekly Translated from the Portuguese by Margaret Jull Costa

The Allegory of the Cave, or Plato's Cave, was presented by the Greek philosopher Plato in his work Republic (514a–520a) to compare "the effect of education (παιδεία) and the lack of it on our nature". It is written as a dialogue between Plato's brother Glaucon and his mentor Socrates, narrated by the latter. The allegory is presented after the analogy of the sun (508b–509c) and the analogy of the divided line (509d–511e). All three are characterized in relation to dialectic at the end of Books VII and VIII (531d–534e). Plato has Socrates describe a group of people who have lived chained to the wall of a cave all of their lives, facing a blank wall. The people watch shadows projected on the wall from objects passing in front of a fire behind them, and give names to these shadows. The shadows are the prisoners' reality.

For two decades, paleoecologist David Burney and his wife, Lida Pigott Burney, have led an excavation of Makauwahi Cave on the island of Kaua‘i, uncovering the fascinating variety of plants and animals that have inhabited Hawaii throughout its history. From the unique perspective of paleoecology—the study of ancient environments—Burney has focused his investigations on the dramatic ecological changes that began after the arrival of humans one thousand years ago, detailing not only the environmental degradation they introduced but also asking how and why this destruction occurred and, most significantly, what might happen in the future. Using Kaua‘i as an ecological prototype and drawing on the author’s adventures in Madagascar, Mauritius, and other exciting locales, Burney examines highly pertinent theories about current threats to endangered species, restoration of ecosystems, and how people can work together to repair environmental damage elsewhere on the planet. Intriguing illustrations, including a reconstruction of the ancient ecological landscape of Kaua‘i by the artist Julian Hume, offer an engaging window into the ecological marvels of another time. A fascinating adventure story of one man’s life in paleoecology, Back to the Future in the Caves of Kaua‘i reveals the excitement—and occasional frustrations—of a career spent exploring what the past can tell us about the future.

A dog named Robot pokes his nose into a hole in the ground. What is down there? Four boys have come with the dog to find out.

A compulsively readable novel in the vein of The Bonfire of the Vanities—by way of The Nest—about what Washington, DC’s high society members do away from the Capitol building and behind the closed doors of their suburban mansions. They are the families considered worthy of a listing in the exclusive Green Book—a discriminative diary created by the niece of Edith Roosevelt’s social secretary. Their aristocratic bloodlines are woven into the very fabric of Washington—generation after generation. Their old money and manner lurk through the cobblestone streets of Georgetown, Kalorama and Capitol Hill. They only socialize within their inner circle, turning a blind eye to those who come and go on the political merry-go-round. These parents and their children live life free of consequences in a gilded existence of power and privilege. But what they have failed to understand is that the world is changing. And when the family of one of their own is held hostage and brutally murdered, everything about their legacy is called into question. They’re called The Cave Dwellers.

While the investigations go on in Dallas and Baton Rouge after the disappearance of a senator's daughter, FBI agents CJ Johnston and Paige Riley are assigned to the sleepy backwoods of East Texas for a dead-end assignment to infiltrate an all-girls school. Random disappearances dating back fifty years and more raise red flags that point to the tiny, isolated community of Hoganville. But CJ and Paige fear there will be little distraction from the memories of the one-night stand they shared six months ago. Nevertheless, they integrate themselves into the lives of the teachers and staff, but soon the odd behavior of the townspeople has them convinced something sinister lurks there. Something, perhaps, that even the residents of Hoganville don't know about. Six-time Goldie winner Gerri Hill delivers thrills and passion in the chilling Keepers of the Cave. 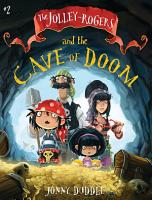 Ahoy, me hearties! Matilda and the Pirates Next Door return in a series of illustrated stories for young readers. While the Jolley-Rogers are enjoying a day at the beach, Dad and Mom and little sister Nugget are mysteriously drawn into a cave. When they don't return, Jim Lad is suspicious and sends Bones the dog to Dull-on-Sea to find Matilda before he, too, ventures into the cave. Jim Lad soon discovers a magical haul of treasure inside the cave that has bewitched his family. Will the cave's sinister sea hags keep them prisoner forever, or can Matilda and Bones come to the Jolley-Rogers' rescue?

New York Times bestselling author Ralph Lazar presents a hilarious action comedy for chapter book readers about Dash Candoo, who must defeat extraordinary foes every school day. For Dash Candoo, every day is... DANGEROUS! There is no such thing as a boring day for Dash Candoo. On Monday, before he can even enjoy his cereal and wombat juice, he is attacked by a squad of combat-ready scallywags and the two-tailed Devil Cat. And that is just before breakfast. The adventure explodes when Dash gets to school and must deal with a number of Total Mayhem Situations, including a missing Wobble-Ball trophy and the disappearance of one of the most expensive bottles of perfume in the world. Where will it all lead?

Born the bastard son of a Welsh princess, Myridden Emrys -- or as he would later be known, Merlin -- leads a perilous childhood, haunted by portents and visions. But destiny has great plans for this no-man's-son, taking him from prophesying before the High King Vortigern to the crowning of Uther Pendragon . . . and the conception of Arthur -- king for once and always.

“Heart-stopping and relentlessly gripping. Tabor takes us on an odyssey into unfathomable worlds beneath us, and into the hearts of rare explorers who will do anything to get there first.”—Robert Kurson, author of ShadowDivers In 2004, two great scientist-explorers attempted to find the bottom of the world. American Bill Stone took on the vast, deadly Cheve Cave in southern Mexico. Ukrainian Alexander Klimchouk targeted Krubera, a freezing nightmare of a supercave in the war-torn former Soviet republic of Georgia. Both men spent months almost two vertical miles deep, contending with thousand-foot drops, raging whitewater rivers, monstrous waterfalls, mile-long belly crawls, and the psychological horrors produced by weeks in absolute darkness, beyond all hope of rescue. Based on his unprecedented access to logs and journals as well as hours of personal interviews, James Tabor has crafted a thrilling exploration of man’s timeless urge to discover—and of two extraordinary men whose pursuit of greatness led them to the heights of triumph and the depths of tragedy. Blind Descent is an unforgettable addition to the classic literature of true-life adventure, and a testament to human survival and endurance. “Holds the reader to his seat, containing dangers aplenty with deadly falls, killer microbes, sudden burial, asphyxiation, claustrophobia, anxiety, and hallucinations far underneath the ground in a lightless world. Using a pulse-pounding narrative, this is tense real-life adventure pitting two master cavers mirroring the cold war with very uncommonly high stakes.”—Publishers Weekly (starred review) “A fascinating and informative introduction to the sport of cave diving, as well as a dramatic portrayal of a significant man-vs.-nature conflict. . . . What counts is Tabor’s knack for maximizing dramatic potential, while also managing to be informative and attentive to the major personalities associated with the most important cave explorations of the last two decades.”—Kirkus Reviews

Records the courage and self-reliance of an Indian girl who lived alone for eighteen years on an isolated island off the California coast when her tribe emigrated and she was left behind.

"A celebration of women and the story of the Basque people. . . descended from a different, more ancient race than the Europeans . . . The secret of the Cave of Always Summer is passed through six women from the dawn of time till now. . . . Well told, superbly researched saga of a fascinating and little-known people." Romantic Times

And in the days of Nimrod, the mighty man (or giant), a fire appeared which ascended from the earth, and Nimrod went down, and looked at it, and worshipped it, and he established priests to minister there, and to cast incense from it. From that day the Persians began to worship fire...-from "The Fourth Thousand Years"One of the most prolific and respected Egyptologists of the Victorian era, Budge here offers his translation of the 4th-century A.D. Syrian text commonly known as "the Cave of Treasures," a history of the world from the Creation to the crucifixion of Christ and considered by some to be an apocryphal book of the Bible. Budge's extensive notes, linking the work to other ancient writings, as well as the numerous illustrations, make this unusual work, first published in 1927, an excellent resource for students of ancient civilizations and comparative mythology.SIR E. A. WALLIS BUDGE (1857-1934) was curator of Egyptian and Assyrian antiquities at the British Museum from 1894 to 1924. Among his many works of translation and studies of ancient Egyptian religion and ritual is his best-known project, The Egyptian Book of the Dead.