Emergency Response to Domestic Terrorism analyzes the emergency response to the bombing of the Alfred P. Murrah Federal Building in Oklahoma City on April 19, 1995. Terrorism is a complex threat, and the American government is expected to deter or intervene in every attack. For that reason, the government must be better prepared to respond to acts of terror. One critical element is to understand what constitutes an "effective response." To answer this key question, the author examined the existing literature and interviewed thirty-one elite participants in the emergency response to the bombing. The result is a unique qualitative case study that analyzes the response efforts undertaken after the bombing to draw conclusions about their relative success or failure. Emergency Response to Domestic Terrorism looks at the nature and interrelationship of bureaucratic structures involved in the response, the organizational networking between the response bureaucracy, and the impact of bureaucratic culture on the response. The work contributes to the existing literatures in both emergency response and bureaucracy. First, theoretical arguments about bureaucracies and their function are put to the test as they are applied to a specific crisis situation. Second, interview materials with key individuals who were on the scene of this American terrorist disaster are provided. Third, the emergency response literature is examined to determine whether the Oklahoma City bombing exhibited the anticipated response challenges. In addition, the work provides insights into the extent to which response communities are familiar with federal response guidelines. The overall results of the study are applicable to emergency response to terrorist incidents and to natural disasters. By bringing together the academic and the practical aspects of emergency response, the work will appeal to students, practitioners, and policymakers. Further, it will foster better understanding of public policy and public administration in general. 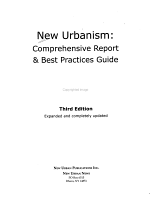 Lay-flat perfect binding and durable cover and pages for travel, meetings and charrettes 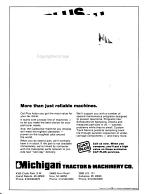 As a result of recent high-profile disasters the area of Disaster Management is becoming increasingly significant and recognises within both the public and private sectors, spanning the areas of health and safety, occupational health and risk and facilities management. A growing number of organisations are undertaking measures to protect themselves against potential disaster, and many find themselves faced with this daunting responsibility. Tolley's Handbook of Disaster and Emergency Management: Principles and Practice collates all the key components of Disaster and Emergency Management in one handbook. Written specifically for professionals with responsibility for Health and Safety, Crisis, Disaster and Emergency Management and Incident Prevention, it is designed to help readers understand and formulate a Disaster and Emergency Management Policy for their workplace. It will also help organisations plan to ensure business continuity and safeguard the health and safety of their staff in the event of a Disaster. This second edition has been updated to include: * A new chapter on the subject of Disaster Recovery: Creating Crisis Resilient Communications and Information Systems * A new chapter on Investigations and Inquiries * Detailed information on SARS * Information on the Civil Contingencies Bill * Details on Terror Legislation, including the Terrorism Act 2000 and the Anti-Terrorism, Crime and Security Act 2001

Provides a concise methodology for developing a comprehensive industrial program to handle major emergencies such as fires, chemical and oil spills, gas leaks, and explosions. Included is information on government emergency programs, dealing with the media during emergencies, using computers for preparedness, assessing a facility's program. Includes a 32-page checklist for use in auditing and developing emergency programs. No bibliography. Annotation copyrighted by Book News, Inc., Portland, OR

These are the fascinating real life stories of heartbreak and hope, direct from the frontline. A teenage boy lies on the pavement, bleeding to death from a stab wound; a distraught mum watches, in mute shock, as her daughter suffers a terrifying fatal asthma attack; a young girl is gang raped and her stricken boyfriend takes an overdose; a disturbed young man flings himself in front of a speeding train at the stroke of midnight on New Year's Eve. Few people can imagine living in a world where such situations are part of everyday life. Yet for London Ambulance Paramedic Lysa Walder, these and thousands of other emergency call outs are part of a day's work: scenes of tragedy, loss and horror -- but also stories of triumph and humour, and all the results of an urgent 999 call to the biggest and busiest free ambulance service in the world. Lysa has been an A&E nurse and paramedic for over 15 years. Here, she tells the inside story behind the screaming sirens and flashing blue lights of the emergency services and reveals what it's really like to work in a job that frequently brings paramedic teams face-to-face with death -- and destiny. 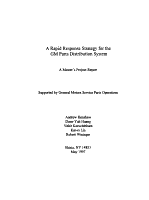 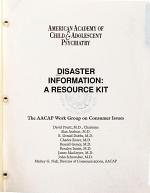 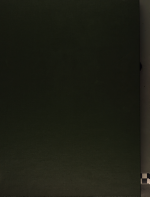 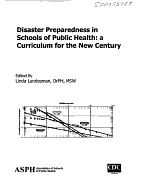