Reassesses human prehistory, incorporating ideas from philosophy, anthropology, molecular biology, and linguistics to explore how humans acquired the qualities of consciousness and humanity

This biography of the "First Family" of anthropology reveals how their discoveries, collaborations, and rivalries contributed to our own knowledge of the origins of humankind. In this fascinating and authoritative work, acclaimed science writer Virginia Morell brings to vivid life the famous and infamous Leakey family, pioneers in the field of paleoanthropology: Louis Leakey, the patriarch, who persisted through initial scientific failures and scandal-ridden divorce to achieve spectacular success in digs throughout East Africa; Mary, his second wife, who worked alongside Louis as they made their outstanding discoveries at Olduvai Gorge and elsewhere; and Richard, their son, who ascended to the top of the field in his parents’ wake, only to be threatened with both near-fatal illness and fierce professional rivalry. Morell transports us into the world of these compelling personalities, demonstrating how a small clan of highly talented and fiercely competitive people came to dominate an entire field of science and to contribute immeasurably to our understanding of the origins of humanity.

This book provides a philosophical overview of Umberto Eco's historical and cultural development as a unique, internationally recognized public intellectual who communicates his ideas to both an academic and a popular audience. It describes Eco’s intellectual development from his childhood during World War II and student involvement as a Catholic youth activist and scholar of the Middle Ages, to his early writings on the "openness" of modern works such as Joyce's Finnegans Wake. Merrell also explores Eco’s pioneering role in semiotics and his later career as a novelist. 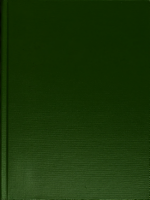 Historians have heatedly debated the Soviet role in the origins of the Second World War for more than 50 years. At the centre of these controversies stands the question of Soviet relations with Nazi Germany and the Stalin-Hitler pact of 1939. Drawing on a wealth of new material from the Soviet Archives, this detailed and original study analyses Moscow's response to the rise of Hitler, explains the origins of the Nazi-Soviet pact, and charts the road to Operation Barbarossa and the disaster of the surprise German attack on the USSR in June 1941.

The seminal event of the 20th century, the origins of the First World War have always been difficult to establish and have aroused deep controversy. Annika Mombauer tracks the impassioned debates as they developed at critical points through the twentieth century. The book focuses on the controversy itself, rather than the specific events leading up to the war. Emotive and emotional from the very beginning of the conflict, the debate and the passions aroused in response to such issues as the ‘war-guilt paragraph’ of the treaty of Versailles, are set in the context of the times in which they were proposed. Similarly, the argument has been fuelled by concerns over the sacrifices that were made and the casualities that were suffered. Were they really justified?