Evangelism and discipleship aren't rocket science. When Jesus sent out a ragtag team from Galilee with the expectation that they would evangelize and disciple the world, they pulled it off as a natural and spontaneous outworking of their faith. Yet 2,000 years later, this same natural and spontaneous process has been turned into a complex and highly programmed skill left to the professionals. Pastor and author Larry Osborne exposes what's gone wrong and the five subtle shifts that sabotage our best efforts to reach the lost and bring them to full maturity.

This monograph explores the problem of mission creep. The trend toward ethnic and regional unrest has characterized the world security environment since the breakup of the former Soviet Union. The U.S. has struggled to find its place in the new world order. As a result US military forces have increasingly found themselves involved in various operations other than traditional warfare. Often the political aims of these operations are difficult to identify and translate into military operational objectives and end states. Worse yet, the political aims themselves are prone to rapidly shift and evolve from those originally intended, leaving the military commander the difficult task of catching up with policy or even guessing at the political objectives. This uncertain environment sets the conditions for the delinkage between the political goal and military operations which may result in disaster. The monograph examines US operations in Somalia to provide the data for the analysis in order to determine the factors which contribute to mission creep. Examining US-Somalia policy from 1992 (Operation Restore Hope) to Oct. 1993 (United Nations Operations in Somalia II) this monograph analyses the evolution of national policy objectives and the military and political operations undertaken to achieve those objectives. An analysis of operational and tactical objectives and end states as well as military methods determines the factors which contributed to the failed US involvement in UNOSOM II. In addition, the monograph identifies the Somali geo-political, historical, cultural, and economic factors which influenced US operations. This monograph concludes that contradictory and uncoordinated national strategy and political policy resulted in poor operational planning and execution. There were also significant factors at the operational level which contributed to the failed US intervention.

Mission Creep: The Militarization of US Foreign Policy? examines the question of whether the US Department of Defense (DOD) has assumed too large a role in influencing and implementing US foreign policy. After the Cold War, and accelerating after September 11, the United States has drawn upon the enormous resources of DOD in adjusting to the new global environment and challenges arising from terrorism, Islamic radicalism, insurgencies, ethnic conflicts, and failed states. Contributors investigate and provide different perspectives on the extent to which military leaders and DOD have increased their influence and involvement in areas such as foreign aid, development, diplomacy, policy debates, and covert operations. These developments are set in historical and institutional context, as contributors explore the various causes for this institutional imbalance. The book concludes that there has been a militarization of US foreign policy while it explores the institutional and political causes and their implications. “Militarization” as it is used in this book does not mean that generals directly challenge civilian control over policy; rather it entails a subtle phenomenon wherein the military increasingly becomes the primary actor and face of US policy abroad. Mission Creep’s assessment and policy recommendations about how to rebalance the role of civilian agencies in foreign policy decision making and implementation will interest scholars and students of US foreign policy, defense policy, and security studies, as well as policy practitioners interested in the limits and extents of militarization.

Mission Creep began as reworkings of the CIA's Human Resources Exploitation Training Manual. Attempts to torture the text itself—obeying literary constraints, employing audio editing tools, and displacing it with other voices, including Hannah Arendt's and Evel Knievel's—reveal convoluted narratives, transmissions that contemplate whether torture provides useful information. At once a fugue and an absurdist comedy, info-overload and pure tone, Mission Creep comes on with the fire of apocalyptic prophecy and melts on the tongue like the last snowflake of winter. Joshua Trotter lives in Montreal, Quebec. His first book, All This Could Be Yours, was one of the National Post's top ten poetry books of 2010.

The environmental movement has become a center of money, power and politics on a campaign of rural cleansing-purging America's natural resource workers. Loggers, miners, ranchers, and farmers are despised and disposable, all because of groups claiming to protect the environment. Grant-driven environmental groups have become the pawns of wealthy foundations bent on progressive social change. Foundation bosses design environmental justice projects and find-or create-groups to do their bidding. Zealous bureaucrats bend the rules to stop logging, mining and ranching-because they obey the foundations that fund government-employee environmental groups. Undue Influence exposes the biggest deliberate program of social and economic displacement in American history. A handful of wealthy people are redesigning American politics to fulfill their vision of an environmental society that gives them all the power and leaves nothing to the average citizen. This book is based on documents leaked by concerned environmentalists. 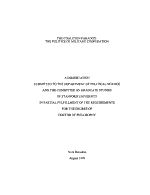 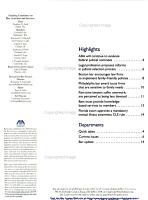 The issue's special report looks at religion and freedom of expression as well as religious offence. When is the right to religious freedom suppressed or censored? Where do we draw the line between offence and faith and how should society respond? It looks at persecution of religions around the world, including the Bishop of Bradford Nicholas Baines's account of Christians in Sudan, analysis of China's Uighur Muslim minority community; Islamist challenges to free speech in Turkey; Felix Corley on Uzbekistan, where owning religious texts can get you into trouble; the new law on offence to religious feelings introduced in Russia in July 2013; and clashes between church and state in South Africa. The issue also looks at religious offence and art with Martin Rowson, Samira Ahmed and an interview with playwright Gurpreet Kaur Bhatti to mark the10-year anniversary of the Behzti affair. The issue also publishes, for the first time in English, an extract from Lebanese playwright Lucien Borjely's banned play.

Since the breakup of the Soviet Union, U.S. political and military involvements have increased. The specific missions vary from humanitarian operations to peacekeeping which are known as Operations Other Than War (OOTW). The major challenge to military leaders and planners involves adapting our units, doctrine, and equipment to the successful accomplishment of OOTW. A phenomenon in the execution of these new missions is the idea of 'mission creep', which causes units to conduct operations that vary from original orders. The real challenge for commanders and staffs is how to deal with mission creep? This monograph examines the phenomena of mission creep in OOTW environments, and answers the question: in OOTW is it possible to eliminate mission creep through detailed and thorough Intelligence Preparation of the Battlefield (IPB)? OOTW operations are conducted by conventional units using standard doctrine; therefore, the monograph begins by examining existing IPB doctrine. The focus narrows to specific OOTW environments. Several different OOTW techniques are introduced and discussed in relation to doctrine. They are then compared and contrasted to each other to determine the effect of the techniques on the IPB process to allow the elimination of mission creep. In order to understand the practical application of IPB in OOTW environments two historical examples are examined, the 10th Mountain Division in Haiti and in Somalia. Finally the concept of mission creep is examined in the context of Ends-Ways-Means to determine if the root causes can be changed by the division commander. The monographs studies the phenomenon of mission creep, the possible causes of mission creep, and possible solutions in eliminating the problem. The monograph concludes by providing guidance which highlights the usefulness of IPB for eliminating mission creep in OOTW.