In this multidimensional analysis, Benjamin A. Elman uses over a thousand newly available examination records from the Yuan, Ming, and Ch'ing dynasties, 1315-1904, to explore the social, political, and cultural dimensions of the civil examination system, one of the most important institutions in Chinese history. For over five hundred years, the most important positions within the dynastic government were usually filled through these difficult examinations, and every other year some one to two million people from all levels of society attempted them. Covering the late imperial system from its inception to its demise, Elman revises our previous understanding of how the system actually worked, including its political and cultural machinery, the unforeseen consequences when it was unceremoniously scrapped by modernist reformers, and its long-term historical legacy. He argues that the Ming-Ch'ing civil examinations from 1370 to 1904 represented a substantial break with T'ang-Sung dynasty literary examinations from 650 to 1250. Late imperial examinations also made "Tao Learning," Neo-Confucian learning, the dynastic orthodoxy in official life and in literati culture. The intersections between elite social life, popular culture, and religion that are also considered reveal the full scope of the examination process throughout the late empire.

This is a collection of original essays which focuses on the causes, meanings and significance of female suicides in Ming and Qing China. It is the first attempt in English-language scholarship to revise earlier views of female self-destruction that had been shaped by the May Fourth Movement and anti-Confucian critiques of Chinese culture, and to consider the matter of female suicide in the wider context of more recent scholarship on women and gender relations in late imperial China. The essays also reveal the world of tensions, conflicting demands and expectations, and a variety of means by which both women and men made moral sense of their lives in late imperial China. The volume closes with an extensive bibliography of relevant and important Chinese, Japanese, and Western publications related to female suicide in late imperial China. 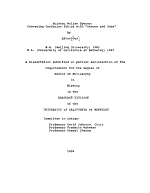 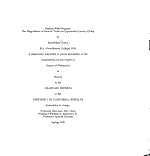 Historians of Chinese technology have tended to pay little attention to the Ming dynasty, characterizing it as a stagnantperiod unmarked by significant inventions of the kind that in Europe gave rise to the industrial revolution and the modern world. Yet the Ming was a period of extraordinary social, cultural, and economic vitality and change, and it would be curious if technology had played no part in these changes. This pamphlet approaches the material world of the Ming from a more anthropological perspective than has been conventional among historians of China, emphasizing the role of technologies in social order and identity. 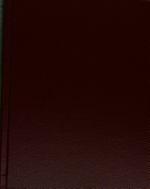