Adam Wilkins draws on studies of nonhuman species, the fossil record, genetics, and molecular and developmental biology to reconstruct the evolution of the human face and its inextricable link to our species’ evolving social complexity. The neural and muscular mechanisms that allowed facial expressions also led to speech, which is unique to humans.

A mix-and-match picture book begins with eight basic characters and encourages young readers to transform the characters' ordinary faces into bizarre ones with the help of split pages. 20,000 first printing. 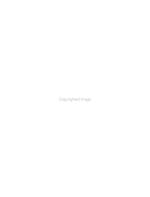 Over 30 faces to fit any occasion, from children's parties to fund-raising events. Also, tips on where to buy the paint and what brushes to use. 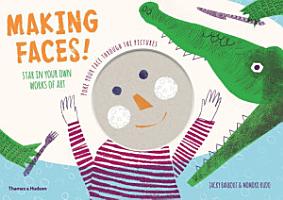 Literary Nonfiction. Fiction. Latino/Latina Studies. African American Studies. Asian American Studies. Native American Studies. A bold collection of creative pieces and theoretical essays by women of color. New thought and new dialogue: a book that will teach in the most multiple sense of that word: a book that will be of lasting value to many diverse communities of women as well as to students from those communities. The authors explore a full spectrum of present concerns in over seventy pieces that vary from writing by new talents to published pieces by Audre Lorde, Joy Harjo, Norma Alarcón and Trinh T. Minh-ha. "At one level or another, all the work in the collection seeks to find ways to understand and articulate our multiple identities and senses of place.... MAKING FACE/MAKING SOUL is an exciting collection of dynamic, important writings that all women of color and white feminists will learn from, enjoy, and return to again and again and again."--Sojourner"...the pieces are stunning in what they risk and reveal..."--The San Francisco Chronicle

This offbeat debut novel, set in an English seaside bed and breakfast, is a poignant and funny coming-of-age story about identity--in all its guises--which charts a 14-year-old's adventures as he learns hard truths about family and forgiveness. 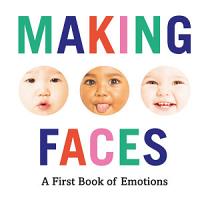 This baby is happy. Can you make a happy face? Find the happy baby! This bold, beautiful board book features six essential facial expressions: happy, sad, angry, surprised, silly, and sleepy. The idea is simple: Show a large, establishing image of a baby’s face, then children making the same face, then ask the reader to find that baby among several other faces. The very last spread includes all of the baby faces and a mirror so babies can watch themselves make every face imaginable.

Applied also to modern criminal investigations, facial reconstruction brings together the work of numerous specialists ranging from dentists to geneticists, and from archaeologists to radiologists. The important historical implications of their work are no more strongly demonstrated than in their confirmation that the body resting in Tomb II at Verginia was that of King Philip II, the father of Alexander the Great: when the face was reconstructed, the eye-injury received by Philip at Methone was unmistakable. Making Faces takes the reader into byways of forensic study, surgery and folklore and reveals how the art of facial reconstruction has opened up whole new vistas of the past.

America's preeminent makeup artist shares his secrets, explaining not only the basics of makeup application and technique but also how to use the fundamentals to create a wide range of different looks. 200 color photos & sketches. 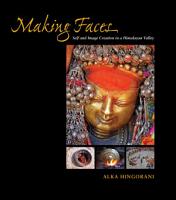 Taberam Soni, Labh Singh, Amar Singh, and other artists live and work in the hill-villages of the lower Himalayas in Himachal Pradesh, India. There they fashion face-images of deities (mohras) out of thin sheets of precious metal. Commissioned by upper-caste patrons, the objects are cultural embodiments of divine and earthly kinship. As the artists make the images, they also cross caste boundaries in a part of India where such differences still determine rules of contact and correspondence, proximity and association. Once a mohra has been completed and consecrated, its maker is not permitted to touch it or enter the temple in which it is housed; yet during its creation the artist is sovereign, treated deferentially as he shares living quarters with the high-caste patrons. Making Faces tells the story of these god-makers, the gods they make, and the communities that participate in the creative process and its accompanying rituals. For the author, the process of learning about Himachal, its art and artists, the people who make their home there, involved pursuing itinerant artists across difficult mountainous terrain with few, if any, means of communication between the thinly populated, high-altitude villages. The harsh geography of the region permits scant travel, and the itinerant artisan forms a critical link to the world outside; villages that commission mohras are often populated by a small number of families. Alka Hingorani evokes this world in rich visual and descriptive detail as she explores the ways in which both object and artisan are received and their identities transformed during a period of artistic endeavor. Making Faces is an original and evocative account, superbly illustrated, of the various phases in the lifecycle of a mohra, at different times a religious icon, an art object, and a repository of material wealth in an otherwise subsistence economy. It will be welcomed by scholars and students of anthropology, material culture, religion, art history, and South Asian studies. 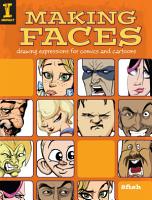 Chances are, you already know how to draw some expressions. But face it, your stories can only get so far with "happy," "sad" and "angry." In order to give your characters some character, you need to know what they look like when they're about to sneeze, when they smell something stinky or when they're flirting, horrified or completely blotto. Lucky for you, that's what this book is all about! Making Faces contains everything you need to give your characters a wide range of expressions! Part 1: The Basics. How to draw heads, mouths, noses and eyes, and how they change shape when they move. Part 2: The Faces. Over 50 step-by-step demonstrations for a variety of expressions divided into scenarios. Each scenario shows four or five expressions from a single character, from simple emotions to more subtle and complex variations, so you see how a face changes with each emotion. Sidebars illustrate the same expressions on a variety of other characters. Part 3: Storytelling.How to move your story along using expression, point of view, body language and composition. See how it all comes together with damsels in distress, a noir-style interrogation, a Western standoff and other situations. Illustrated with a diverse cast of characters from hobos to superheroes to teenage girls, this guide will help you create the looks that say it all. 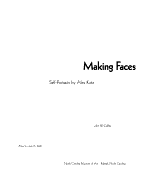 The American artist describes her life and discusses her experiences making caricatures of artists, musicians, actors, and celebrities