Helps readers explore the pros and cons of living and working in Mexico.

An authoritative and humorous examination of both the pros and cons of living, working, and doing business in Mexico. It avoids boosterism and gives the reader realistic ways to determine if Mexico is for them or not. Provides practical information including cost-of-living charts, insights into social mores, and business-specific customs that can make or break your business life. Also includes information to help families adjust to living in Mexico as well as details on personal social customs, especially international dating and marriage. Finally, and most importantly, is a chapter on private and government-sponsored medical care that could save your life. ; More than 600,000 Americans and 300,000 Canadians now live in Mexico ; Completely revised chapter on Baja, from the border towns to Cabo San Lucas

Every 3rd issue is a quarterly cumulation.

Mexico and the United States exist in a symbiotic relationship: Mexico frequently provides the United States with cheap labor, illegal goods, and, for criminal offenders, a refuge from the law. In turn, the U.S. offers Mexican laborers the American dream: the possibility of a better livelihood through hard work. To supply each other’s demands, Americans and Mexicans have to cross their shared border from both sides. Despite this relationship, U.S. immigration reform debates tend to be security-focused and center on the idea of menacing Mexicans heading north to steal abundant American resources. Further, Congress tends to approach reform unilaterally, without engaging with Mexico or other feeder countries, and, disturbingly, without acknowledging problematic southern crossings that Americans routinely make into Mexico. In Run for the Border, Steven W. Bender offers a framework for a more comprehensive border policy through a historical analysis of border crossings, both Mexico to U.S. and U.S. to Mexico. In contrast to recent reform proposals, this book urges reform as the product of negotiation and implementation by cross-border accord; reform that honors the shared economic and cultural legacy of the U.S. and Mexico. Covering everything from the history of Anglo crossings into Mexico to escape law authorities, to vice tourism and retirement in Mexico, to today’s focus on Mexican border-crossing immigrants and drug traffickers, Bender takes lessons from the past 150 years to argue for more explicit and compassionate cross-border cooperation. Steeped in several disciplines, Run for the Border is a blend of historical, cultural, and legal perspectives, as well as those from literature and cinema, that reflect Bender’s cultural background and legal expertise. 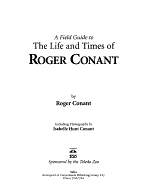 Roger Conant was an author, educator, researcher, and conservationist with a dual career in zoos and in herpetology. His contribution to the Peterson Field Guide Series made him one of the most influential American herpetologists of the twentieth century. This in-depth autobiography is as much a history of American Zoos and North American Herpetology as it is an account of the diverse and exciting life of Roger Conant. Details included in this book make it a hidden treasure for twentieth century folklore as well. Conant also studied extensively in Mexico and offers detailed accounts of his several excursions which were spread throughout much of the twentieth century. 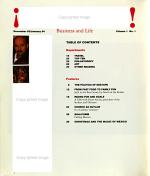 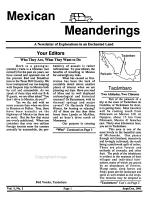 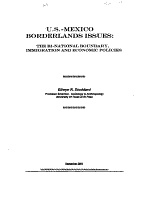 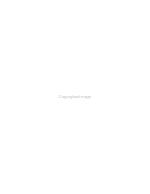 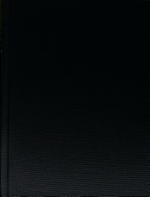