In today's military of rapid technological and strategic change, obtaining a complete understanding of the present, let alone the past, is a formidable challenge. Yet the very high rate of change today makes study of the past more important than ever before. The Past as Prologue, first published in 2006, explores the usefulness of the study of history for contemporary military strategists. It illustrates the great importance of military history while simultaneously revealing the challenges of applying the past to the present. Essays from authors of diverse backgrounds - British and American, civilian and military - come together to present an overwhelming argument for the necessity of the study of the past by today's military leaders in spite of these challenges. The essays of Part I examine the relationship between history and the military profession. Those in Part II explore specific historical cases that show the repetitiveness of certain military problems.

Professional Military Education (PME) is broader and more rigorous than widely understood in the United States. In this unique work, Watson chronicles the evolution of PME during the last 60 years. Careful to draw distinctions between training and education, she briefly traces the history of PME and examines some of the major personalities involved in shaping it, as well as the evolution of the curriculum stressed in PME programs. Her narrative, combined with key documents, a glossary, and a timeline of important events, dispels popular notions of an uneducated military force.

All too often in our great nation's history there seems to be some sort of a separation between the great expectations of the American Education system, the greatness of our masses, and the awesomeness of the Department of Defense. Some have said, "No American Educator wants a solder, sailor or airman telling them how to teach in the average American classroom." 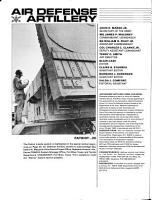 Often the only time a nation evaluates the education of its armed forces is during the aftermath of a great military disaster. This work brings together the ideas of international scholars, all recognized as leaders in their fields, to examine the professional military education experience of various nations during the last 250 years. Case studies of each branch of the military reveal success and failure in the past and present, with a goal of improving military education in the future.

Examining the memoirs and autobiographies of British soldiers during the Romantic period, Neil Ramsey explores the effect of these as cultural forms mediating warfare to the reading public during and immediately after the French Revolutionary and Napoleonic wars. Forming a distinct and commercially successful genre that in turn inspired the military and nautical novels that flourished in the 1830s, military memoirs profoundly shaped nineteenth-century British culture's understanding of war as Romantic adventure, establishing images of the nation's middle-class soldier heroes that would be of enduring significance through the nineteenth and twentieth centuries. As Ramsey shows, the military memoir achieved widespread acclaim and commercial success among the reading public of the late Romantic era. Ramsey assesses their influence in relation to Romantic culture's wider understanding of war writing, autobiography, and authorship and to the shifting relationships between the individual, the soldier, and the nation. The memoirs, Ramsey argues, participated in a sentimental response to the period's wars by transforming earlier, impersonal traditions of military memoirs into stories of the soldier's personal suffering. While the focus on suffering established in part a lasting strand of anti-war writing in memoirs by private soldiers, such stories also helped to foster a sympathetic bond between the soldier and the civilian that played an important role in developing ideas of a national war and functioned as a central component in a national commemoration of war.