This Habilitationsschrift is based on 20 selected papers published/submitted after I joined the University of Hamburg on September 2, 1999, which include 2 invited ones, 16 others published in Physical Review Letters, Europhysics Letters, Physical Review B, Applied Physics Letters, and 2 preprints. Three papers on spintronics are based on experiments performed before I joined the Universität Hamburg. Writing the work provides me a chance to look back over my past five and a half year’s academic life in Hamburg, where I have enjoyed and appreciated the hospitality of my colleagues in the Institut für Angewandte Physik of Universität Hamburg. The Habilitationsschrift begins with this general introduction followed by a list of papers on three seemingly different topics: spintronics, photoconductivity, and the bilayer two-dimensional electron system. The work covers three different materials, namely semiconductors, ferromagnetic metals, and their hybrid samples. They are experimentally investigated by three different techniques: magneto- and spin-dependent transport, far-infrared transmission spectroscopy, as well as microwave and infrared photoconductivity spectroscopy. Cross thinking of different systems vs various techniques has been a convenient source of developing new ideas for performing experiments. At the heart of the topics which I have been absorbed over the years is the interplay between spins, charges, and photons in low-dimensional electron systems. The Habilitationsschrift is organized in five chapters: spin-orbit coupling, spin-charge conversion in transport, spin-charge mixing in spectroscopy, electron-electron interaction, electron-phonon interaction.

As national governments enter into an ever-increasing number of international agreements, they provoke questions of issue, jurisdiction, and membership overlap. Practitioners and analysts are particularly curious about how this hodgepodge of institutional agreements can affect the content, operation, performance, and effectiveness of a specific institution, as well as the functioning of overall global governance. To explore the effects and consequences of widespread institutional agreements, this volume focuses on the topic of biosafety. Its role in agriculture, ecology, medicine, and chemistry make biosafety an issue that transcends numerous institutions, and as such it offers an excellent case study to explore and apply interplay in practical terms.

This is the first detailed study of the Trier Gospels, an important early medieval manuscript. Netzer sheds light on the process of the book's production, the models that preceded it, and the background of its two scribe-artists. She also reveals the complicated process of cultural interplay that took place in the scriptorium at Echternach (in modern day Luxembourg) in the eighth century. This study makes a valuable contribution to the understanding of medieval book production, and of the influence of missionaries on early continental culture. 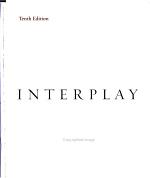 Based on a body of scholarship, this title provides an introduction to communication in interpersonal relationships. It includes more than 1000 source and provides photos, side-bars, and cartoons that illustrate key points in the text and connect them toeveryday life and popular culture. 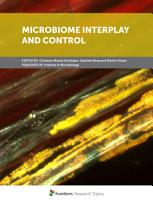 In complex systems, such as our body or a plant, the host is living together with thousands of microbes, which support the entire system in function and health. The stability of a microbiome is influenced by environmental changes, introduction of microbes and microbial communities, or other factors. As learned in the past, microbial diversity is the key and low-diverse microbiomes often mirror out-of-control situations or disease. It is now our task to understand the molecular principles behind the complex interaction of microbes in, on and around us in order to optimize and control the function of the microbial community – by changing the environment or the addition of the right microorganisms. This Research Topic focuses on studies (including e.g. original research, perspectives, mini reviews, and opinion papers) that investigate and discuss: 1) The role of the microbiome for the host/environmental system 2) The exchange and change of microbes and microbial communities (interplay) 3) The influence of external factors toward the stability of a microbiome 4) Methods, possibilities and approaches to change and control a system’s microbiome (e.g. in human or plant disease) 5) Experimental systems and approaches in microbiome research. The articles span the areas: human health and disease, animal and plant microbiomes, microbial interplay and control, methodology and the built environment microbiome.

This interdisciplinary thesis introduces a systems biology approach to study the cell fate decision mediated by autophagy. A mathematical model of interaction between Autophagy and Apoptosis in mammalian cells is proposed. In this dynamic model autophagy acts as a gradual response to stress (Rheostat) that delays the initiation of bistable switch of apoptosis to give the cells an opportunity to survive. The author shows that his dynamical model is consistent with existing quantitative measurements of time courses of autophagic responses to cisplatin treatment. To understand the function of this response in cancer cells, he has provided a systems biology experimental framework to study quantitative and dynamical aspects of autophagy in single cancer cells using live-cell imaging and quantitative fluorescence microscopy. This framework can provide new insights on function of autophagic response in cancer cells.

Philosophy as Interplay and Dialogue is an original and stimulating collection of essays. It covers conceptual and critical works relevant to current theoretical developments and debates. An international group of philosophers of education come together each summer on a Greek island. This book is the product of their diligent philosophical analysis and extended dialogues. To deploy their arguments, the authors draw on classical thinkers and contemporary prominent theorists, such as Badiou and Malabou, with fresh and critical perspectives. This book thus makes an original contribution to the field. (Series: Studies on Education, Vol. 5) [Subject: Philosophy of Education]

This edited volume of case studies presents a selective history of French music and culture, but one with a dynamic difference. Eschewing a traditional chronological account, the book explores the nature of relationships between one main period, broadly the 'long' modernist era between 1860–1960, and its own historical ‘others’, referencing topics from the Romantic, classical, baroque, renaissance and medieval periods. It probes the emergent interplay, intertextualities and scope for reinterpretation across time and place. Notions of cultural meaning are paramount, especially those pertaining to French identity, national and individual. While founded on historical musicology, the approach benefits from interdisciplinary association with philosophy, political history, literature, fine art, film studies and criticism. Attention is paid to French composers’ celebrations and remakings of their predecessors. Editions of and writings about earlier music are examined, together with the cultural reception of performances of past repertoire. Organized into two parts, each of the eleven chapters characterizes a specific cultural network or temporal interplay, which may result in synthesis, disjunction, or historical misreading. The interwar years and those surrounding the Second World War prove particularly rich sources of enquiry. This volume aims to attract a wide readership of musicologists and musicians, as well as cultural historians, other humanities scholars and concert-goers.

There is evidence that institutions related to climate change and natural resource management influence each other’s performance, and that local settings also shape policy outcomes. We examine how policy implementation processes and institutional interactions affect the Reducing Emissions from Deforestation and Forest Degradation (REDD+) program in Cameroon. Research on REDD+ implementation has focused on resource tenure, benefit-sharing and participation, giving less attention to how implementation paradigms and other institutions affect REDD+. We combine a policy implementation framework with the theories of institutional interaction to examine how REDD+ implementation typologies, and interactions with forestry regulations influence the outcomes of three REDD+ pilot projects in South and West Cameroon. Drawing from focus group discussions with project beneficiaries and interviews with local stakeholders and land-users, we find that REDD+ projects epitomize political implementation in the South and experimental implementation in the West. We also indicate how project outcomes have been affected by rules regarding community forests, reforestation and timber processing. Our findings suggest that policy designers’ ability to satisfy community preferences is important for projects’ outcomes in the South, and that resource availability and social capital are pivotal in the West. Incentives to promote local timber processing, improve forest governance and expedite decentralization would improve REDD+ project implementation in Cameroon. 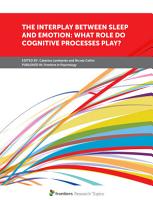 If we can speak of the European Community's 'economic constitution', we can assert that competition rules, together with free movement rules, form its core. Notably, implementation of the competition rules enshrined in Articles 81 and 82 EC changed radically with the enactment of Regulation 1/2003, which in effect dispensed with mandatory prior notifications and allowed national authorities to apply Article 101(3) TFEU directly. Given that national legislations perceive certain types of unilateral conduct, even if adopted by a non-dominant undertaking, as a potential source of anticompetitive effects, an important question concerns the leeway enjoyed by national authorities under the exception to the convergence rule in Article 3(2) of Regulation 1/2003, and the consequent effect on both legal practice and policy issues. In this lucidly argued book, focusing on national competition provisions in Germany, France, Italy, and the United Kingdom that deal with such conduct, the author provides a detailed examination of how such considerations as the following are affected by Regulation 1/2003: - prohibition of abuse of economic dependence or superior bargaining power; - the particular susceptibility of long-term contracts; - prohibition of resale at a loss or below cost; - prohibition of boycott, unlawful pressures, threats, and other coercive tactics adopted by undertakings; and - the role of unfair competition law. The analysis follows a functional method of comparative legal analysis, reviewing the most relevant norms in the selected jurisdictions, particularly in what concerns their goals and function in the context of their respective legal systems. Special attention is paid to two specific sectors – the motor-vehicle and the retailing industries – which have most often triggered relevant legislation and case law in the jurisdictions covered. Legal scholarship in the field is also drawn upon. In its clarification of the meaning of Regulation 1/2003, this book allows practitioners to fully grasp its scope. The author's thorough, masterful analysis of the statutory framework of Article 3 of the regulation also reveals the variety of reasons why different Member States have different competition policies on the scope of the exception to the rule of convergence, and in this way provides lawyers, policymakers, and academics with welcome insights on how major EU jurisdictions apply European competition law. 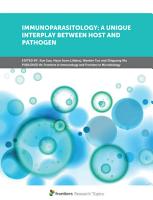 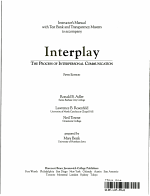 In this XVII Course of the International School of Cosmology and Gravitation devoted to "ADVANCES IN THE INTERPLAY BETWEEN QUANTUM AND GRAVITY PHYSICS" we have considered different aspects of the influence of gravity on quantum systems. In order to achieve this aim, in many lectures, seminars and discussions we have strengthened the interplay between gravity and quantum systems starting from the situation in the early universe based on astrophysical observations, up to the earthly based experiments with atom interferometry for probing the structure of space-time. Thus we have had timely lectures on the quantum field and horizon of a black hole including reviews of the problem of black holes thermodynamics and entropy, quantum information, quantum black holes, quantum evaporation and Hawking radiation, recent advances in stockastic gravity. We have also discussed quantum fluctuations in inflationary universe, quantum effects and reheating after inflation, and superplanckian energies in Hawking radiation. In this regard the subject of spinors in purely affine space-time and Dirac matter according to Weyl in the generalized theory of gravitation were developed . The dualism between space-time and matter has been deeply analyzed in order to see why, for general relativity, this is an obstacle for quantization of the theory. Also canonical Gravity and Mach's principle, torsion and curvature as commutator for Quantum Gravity and Dirac Geometry of real space-time were analysed, together with the problem of 5-Dimensional Projective Unified Field theory and Multidimensional Gravity and Cosmology.