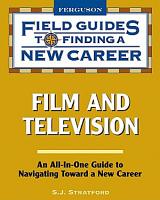 Explains the steps to starting a career in the film and television industry, with suggestions on how to market and hone existing skills and advice on issues that face different age groups. 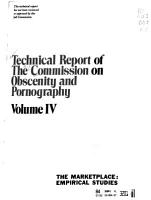 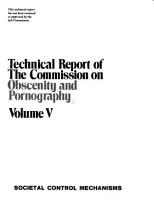 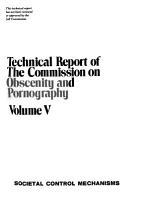 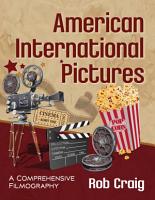 American International Pictures was in many ways the "missing link" between big-budget Hollywood studios, "poverty-row" B-movie factories and low-rent exploitation movie distributors. AIP first targeted teen audiences with science fiction, horror and fantasy, but soon grew to encompass many genres and demographics--at times, it was indistinguishable from many of the "major" studios. From Abby to Zontar, this filmography lists more than 800 feature films, television series and TV specials by AIP and its partners and subsidiaries. Special attention is given to American International Television (the TV arm of AIP) and an appendix lists the complete AITV catalog. The author also discusses films produced by founders James H. Nicholson and Samuel Z. Arkoff after they left the company.

The popular media of film and television surround us daily with images of evil - images that have often gone critically unexamined. In the belief that people in ever-increasing numbers are turning to the media for their understanding of evil, this lively and provocative collection of essays addresses the changing representation of evil in a broad spectrum of films and television programmes. Written in refreshingly accessible and de-jargonised prose, the essays bring to bear a variety of philosophical and critical perspectives on works ranging from the cinema of famed director Alfred Hitchcock and the preternatural horror films Halloween and Friday the 13th to the understated documentary Human Remains and the television coverage of the immediate post-9/11 period. The Changing Face of Evil in Film and Television is for anyone interested in the moving-image representation of that pervasive yet highly misunderstood thing we call evil.ContentsMartin F. NORDEN: Introduction Matthew SOAR: The Bite at the Beginning: Encoding Evil Through Film Title Design Linda BRADLEY SALAMON: Screening Evil in History: Rope, Compulsion, Scarface, Richard III Mike FRANK: The Radical Monism of Alfred Hitchcock Cynthia FREELAND: Natural Evil in the Horror Film: Alfred Hitchcock's The Birds Matt HILLS and Steven Jay SCHNEIDER: ?The Devil Made Me Do It!?: Representing Evil and Disarticulating Mind/Body in the Supernatural Serial Killer Film Thomas HIBBS: Virtue, Vice, and the Harry Potter UniverseRobin R. MEANS COLEMAN and Jasmine Nicole COBB: Training Day and The Shield: Evil Cops and the Taint of Blackness Martin F. NORDEN: The ?Uncanny? Relationship of Disability and Evil in Film and Television Carlo CELLI: Comedy and the Holocaust in Roberto Benigni's Life is Beautiful/La vita e bella Garnet C. BUTCHART:. On the Void: The Fascinating Object of Evil in Human RemainsJohn F. STONE:. The Perfidious President and ?The Beast?: Evil in Oliver Stone's NixonGary R. EDGERTON, William B. HART, and Frances HASSENCAHL: Televising 9/11 and Its Aftermath: The Framing of George W. Bush's Faith-Based Politics of Good and Evil Bibliography Notes on Contributors Index

Credited with having "opened the floodgates of screen permissiveness" in 1959 with the landmark "nudie" The Immoral Mr. Teas, legendary independent softcore filmmaker Russ Meyer has continued throughout his 30-year career and 23+ films to expand the limits of screen freedom with such genre classics as Lorna (1964), Faster, Pussycat! Kill! Kill! (1966), and Vixen (1969). Long recognized as an American auteur and honored by numerous international retrospectives of his work, Meyer's story provides valuable insights into independent filmmaking, the history of the modern sexploitation genre, and cinema censorship. Researched from underground, popular and film literature, this book also incorporates much of the material contained in Meyer's own vast archive, to give an in-depth study of the director dubbed "King Leer."

Here is the first comprehensive examination of the international film career of Iowa-born actress Jean Seberg (1938–1979). Bursting onto the scene as star of Otto Preminger’s controversial Saint Joan (1957), the 19-year-old Seberg encountered great difficulty recovering from the devastating criticism of her performance. The turnaround came in 1959 with her brilliant work in Jean-Luc Godard’s “new wave” classic À bout de souffle (Breathless). Though her Hollywood prospects were harmed by subsequent political involvements, Seberg continued to work with some of Europe’s finest directors. Her later films offer a fascinating view of the movie industry in the 1960s and 1970s—and of a courageous actress always ready for a new challenge. A biographical sketch provides a framework for detailed scrutiny of her 37 films. Background information and a critical evaluation is provided for each title. 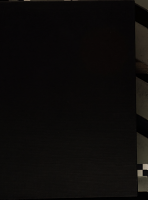