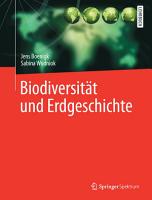 A history of Creationism in Europe, from its reception to its rise and the response that has followed. For decades, the creationist movement was primarily situated in the United States. Then, in the 1970s, American creationists found their ideas welcomed abroad, first in Australia and New Zealand, then Korea, India, South Africa, Brazil, and elsewhere—including Europe, where creationism plays an expanding role in public debates about science policy and school curricula. In this, the first comprehensive history of creationism in Europe, leading historians, philosophers, and scientists narrate the rise of—and response to—scientific creationism, creation science, intelligent design, and organized antievolutionism in countries and religions throughout Europe. Providing a map of creationism in Europe, the authors chart the history of creationist activities and strategies. Over the past forty years, creationism has spread swiftly among European Catholics, Protestants, Jews, Hindus, and Muslims, even as anti-creationists sought to halt it. Anti-evolution messages gained such widespread approval, in fact, that in 2007 the Parliamentary Assembly of the Council of Europe passed a resolution advising member states to “defend and promote scientific knowledge” and “firmly oppose the teaching of creationism as a scientific discipline on an equal footing with the theory of evolution.” Creationism in Europe offers an introduction to the cultural history of modern Europe, the variety of worldviews in Europe, and the interplay of science and religion in a global context. It will be of interest to students and scholars in the history and philosophy of science, religious studies, and evolutionary theory, as well as policy makers and educators concerned about the spread of creationism in our time.