WINNER OF THE 2016 PULITZER PRIZE FOR GENERAL NONFICTION “A Best Book of 2015”—The New York Times, The Washington Post, People Magazine, San Francisco Chronicle, Kansas City Star, and Kirkus Reviews In a thrilling dramatic narrative, awarded the 2016 Pulitzer Prize for General Nonfiction, Joby Warrick traces how the strain of militant Islam behind ISIS first arose in a remote Jordanian prison and spread with the unwitting aid of two American presidents. When the government of Jordan granted amnesty to a group of political prisoners in 1999, it little realized that among them was Abu Musab al-Zarqawi, a terrorist mastermind and soon the architect of an Islamist movement bent on dominating the Middle East. In Black Flags, an unprecedented character-driven account of the rise of ISIS, Pulitzer Prize-winning reporter Joby Warrick shows how the zeal of this one man and the strategic mistakes of Presidents Bush and Obama led to the banner of ISIS being raised over huge swaths of Syria and Iraq. Zarqawi began by directing terror attacks from a base in northern Iraq, but it was the American invasion in 2003 that catapulted him to the head of a vast insurgency. By falsely identifying him as the link between Saddam and bin Laden, U.S. officials inadvertently spurred like-minded radicals to rally to his cause. Their wave of brutal beheadings and suicide bombings persisted until American and Jordanian intelligence discovered clues that led to a lethal airstrike on Zarqawi’s hideout in 2006. His movement, however, endured. First calling themselves al-Qaeda in Iraq, then Islamic State of Iraq and Syria, or ISIS, his followers sought refuge in unstable, ungoverned pockets on the Iraq-Syria border. When the Syrian civil war broke out in 2011, and as the U.S. largely stood by, ISIS seized its chance to pursue Zarqawi’s dream of an ultra-conservative Islamic caliphate. Drawing on unique high-level access to CIA and Jordanian sources, Warrick weaves gripping, moment-by-moment operational details with the perspectives of diplomats and spies, generals and heads of state, many of whom foresaw a menace worse than al Qaeda and tried desperately to stop it. Black Flags is a brilliant and definitive history that reveals the long arc of today’s most dangerous extremist threat.

When both levees and governments failed in New Orleans after Hurricane Katrina, the anarchist-inspired Common Ground Collective was created to fill the void. With the motto of “Solidarity Not Charity,” they worked to create power from below—building autonomous projects, programs, and spaces of self-sufficiency like health clinics and neighborhood assemblies, while also supporting communities defending themselves from white militias and police brutality, illegal home demolitions, and evictions. Black Flags and Windmills—equal parts memoir, history, and organizing philosophy—vividly intertwines Common Ground cofounder scott crow’s experiences and ideas with Katrina’s reality, illustrating how people can build local grassroots power for collective liberation. It is a story of resisting indifference, rebuilding hope amid collapse, and struggling against the grain to create better worlds. The expanded second edition includes up-to-date interviews and discussions between crow and some of today’s most articulate and influential activists and organizers on topics ranging from grassroots disaster relief efforts (both economic and environmental); dealing with infiltration, interrogation, and surveillance from the State; and a new photo section that vividly portrays scott’s experiences as an anarchist, activist, and movement organizer in today’s world.

The Caribbean does not immediately come to mind when we think about ISIS – and yet, in 2017, Trinidad and Tobago ranked first place in the list of western countries with the highest rates of foreign-fighter radicalization, with over 240 nationals travelling to Syria and Iraq to join ISIS' caliphate. Simon Cottee investigates how ISIS came to gain such an unlikely, yet significant foothold in Trinidad. Based on a three-year investigation in the country, featuring interviews the families and friends of those who left to join the jihad, Muslim activists and community leaders, imams, politicians, and intelligence agents, this book presents the social forces and communities in Trinidad that have been affected by ISIS.

With surprising tales of vicious mutineers, imperial riches, and high-seas intrigue, Black Flags, Blue Waters is “rumbustious enough for the adventure-hungry” (Peter Lewis, San Francisco Chronicle). Set against the backdrop of the Age of Exploration, Black Flags, Blue Waters reveals the surprising history of American piracy’s “Golden Age” - spanning the late 1600s through the early 1700s - when lawless pirates plied the coastal waters of North America and beyond. “Deftly blending scholarship and drama” (Richard Zacks), best-selling author Eric Jay Dolin illustrates how American colonists at first supported these outrageous pirates in an early display of solidarity against the Crown, and then violently opposed them. Through engrossing episodes of roguish glamour and extreme brutality, Dolin depicts the star pirates of this period, among them the towering Blackbeard, the ill-fated Captain Kidd, and sadistic Edward Low, who delighted in torturing his prey. Upending popular misconceptions and cartoonish stereotypes, Black Flags, Blue Waters is a “tour de force history” (Michael Pierce, Midwestern Rewind) of the seafaring outlaws whose raids reflect the precarious nature of American colonial life.

This pathbreaking study examines the radical Left in Puerto Rico from the final years of Spanish colonial rule into the 1920s. Positioning Puerto Rico within the context of a regional anarchist network that stretched from Puerto Rico and Cuba to Tampa, Florida, and New York City, Kirwin R. Shaffer illustrates how anarchists linked their struggle to the broader international anarchist struggles against religion, governments, and industrial capitalism. Their groups, speeches, and press accounts--as well as the newspapers that they published--were central in helping to develop an anarchist vision for Puerto Ricans at a time when the island was a political no-man's-land, neither an official U.S. colony or state nor an independent country. Exploring the rise of artisan and worker-based centers to develop class consciousness, Shaffer follows the island's anarchists as they cautiously joined the AFL-linked Federación Libre de Trabajadores, the largest labor organization in Puerto Rico. Critiquing the union from within, anarchists worked with reformers while continuing to pursue a more radical agenda achieved by direct action rather than parliamentary politics. Shaffer also traces anarchists' alliances with freethinkers seeking to reform education, progressive factions engaged in attacking the Church and organized religion, and the emerging Socialist movement on the island in the 1910s. The most successful anarchist organization to emerge in Puerto Rico, the Bayamón bloc founded El Comunista, the longest-running, most financially successful anarchist newspaper in the island's history. Stridently attacking U.S. militarism and interventionism in the Caribbean Basin, the newspaper found growing distribution throughout and financial backing from Spanish-speaking anarchist groups in the United States. Shaffer demonstrates how the U.S. government targeted the Bayamón anarchists during the Red Scare and forced the closure of their newspaper in 1921, effectively unraveling the anarchist movement on the island.

Riveting account traces careers of buccaneers of many nationalities across two centuries and around the globe — from the West Indies to the South Seas. True stories of such notorious brigands as Captain Kidd and Edward (Blackbeard) Teach, as well as such lesser-known pirates as John Quelch, Christopher Scudamore, and Erasmus Peterson. 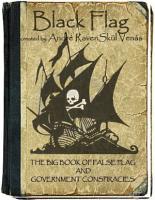 This is the Big Book of False Flags and Government Conspiracies, I tried to fit as much as I could find in one place for your reading enjoyment.

From 1861 to 1865, the region along the Missouri-Kansas border was the scene of unbelievable death and destruction. Thousands died, millions of dollars in property was lost, entire populations were violently uprooted. It was here also that some of the greatest atrocities in American history occurred. Yet in the great national tragedy of the Civil War, this savage warfare has seemed a minor episode. Drawing from a wide array of contemporary documents - including diaries, letters, and firsthand newspaper accounts - Thomas Goodrich presents a hair-raising report of life in this merciless guerrilla war. Filled with dramatic detail, Black Flag reveals war at its very worst, told in the words of the participants themselves. Bushwhackers and Jayhawkers, soldiers and civilians, scouts, spies, runaway slaves, the generals and the guerrillas - all step forward to tell of their terrifying ordeals. 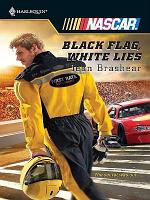 Ex-socialite and new widow Zoe Lane Hitchens isn't exactly sure how she's going to face NASCAR driver Will Branch. Ten years ago Zoe fell madly in love with Will and became pregnant with his child—but chose another man to share her life. Will is totally focused on winning the NASCAR Sprint Cup Series championship this year…until he learns about the death of Zoe's husband. Suddenly his world shifts. He's once more in love, and astoundingly, father to a young boy. How can he possibly be a good parent to his newfound son…without sacrificing his dream?

On the eve of Germany's surrender in May 1945, Grossadmiral Karl Dönitz commanded thousands of loyal and active men of the U-boat service. Still fully armed and unbroken in morale, enclaves of these men occupied bases stretching from Norway to France, where cadres of U-boat men fought on in ports that defied besieging Allied troops to the last. At sea U-boats still operated on a war footing around Britain, the coasts of the United States and as far as Malaya. Following the agreement to surrender, these large formations needed to be disarmed - often by markedly inferior forces - and the boats at sea located and escorted into the harbours of their erstwhile enemies. Neither side knew entirely what to expect, and many of the encounters were tense; in some cases there were unsavoury incidents, and stories of worse. For many Allied personnel it was their first glimpse of the dreaded U-boat menace and both sides were forced to exercise considerable restraint to avoid compromising the terms of Germany's surrender. One of the last but most dramatic acts of the naval war, the story of how the surrender was handled has never been treated at length before. This book uncovers much new material about the process itself and the ruthless aftermath for both the crews and their boats.