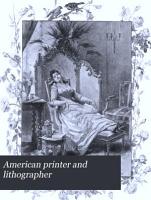 This work has been selected by scholars as being culturally important, and is part of the knowledge base of civilization as we know it. This work was reproduced from the original artifact, and remains as true to the original work as possible. Therefore, you will see the original copyright references, library stamps (as most of these works have been housed in our most important libraries around the world), and other notations in the work. This work is in the public domain in the United States of America, and possibly other nations. Within the United States, you may freely copy and distribute this work, as no entity (individual or corporate) has a copyright on the body of the work. As a reproduction of a historical artifact, this work may contain missing or blurred pages, poor pictures, errant marks, etc. Scholars believe, and we concur, that this work is important enough to be preserved, reproduced, and made generally available to the public. We appreciate your support of the preservation process, and thank you for being an important part of keeping this knowledge alive and relevant. 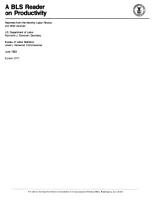 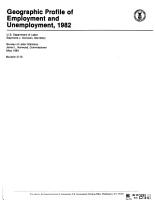 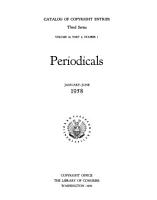 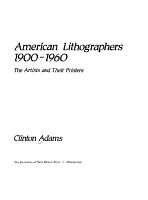 Chronicling the developments and significance of lithography in the United States, Adams offers not only a detailed survey of the medium between 1900 and 1960, but also a personal recollection of the many figures who shaped its course. He presents the story of the artists and their printers, their personal interrelationships, and their creative work in what he calls a "beautiful but obstinate medium." While the names of printers Albert Sterner, Bolton Brown, George Miller, and Joseph Pennell are pivotal in this story, most of the leading artists of the century have been attracted to lithography, among them George Bellows, Thomas Hart Benton, Stuart Davis, Reginald Marsh, Jackson Pollock, and Charles Sheeler. ISBN 0-8263-0660-8 : $65.00. 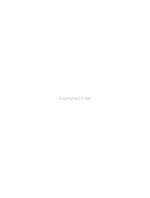 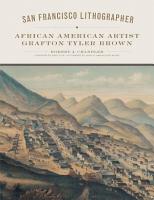 Grafton Tyler Brown—whose heritage was likely one-eighth African American—finessed his way through San Francisco society by passing for white. Working in an environment hostile to African American achievement, Brown became a successful commercial artist and businessman in the rough-and-tumble gold rush era and the years after the Civil War. Best known for his bird’s-eye cityscapes, he also produced and published maps, charts, and business documents, and he illustrated books, sheet music, advertisements, and labels for cans and other packaging. This biography by a distinguished California historian gives an underappreciated artist and his work recognition long overdue. Focusing on Grafton Tyler Brown’s lithography and his life in nineteenth-century San Francisco, Robert J. Chandler offers a study equally fascinating as a business and cultural history and as an introduction to Brown the artist. Chandler’s contextualization of Brown’s career goes beyond the issue of race. Showing how Brown survived and flourished as a businessman, Chandler offers unique insight into the growth of printing and publishing in California and the West. He examines the rise of lithography, its commercial and cultural importance, and the competition among lithographic companies. He also analyzes Brown’s work and style, comparing it to the products of rival firms. Brown was not respected as a fine artist until after his death. Collectors of western art and Americana now recognize the importance of Californiana and of Brown’s work, some of which depicts Portland and the Pacific Northwest, and they will find Chandler’s checklist, descriptions, and reproductions of Brown’s ephemera—including billheads and maps—as uniquely valuable as Chandler’s contribution to the cultural and commercial history of California. In an afterword, historian Shirley Ann Wilson Moore discusses the circumstances and significance of passing in nineteenth-century America.