In 1989, the world watched as the Berlin Wall tumbled down, and then looked on as the entire Iron Curtain shook itself to pieces, freeing Eastern Europe after decades of Soviet domination. But how many observers noticed as the swells and shockwaves from those events slowly crossed the Atlantic Ocean to roil the waters of the Caribbean and break upon the shores of Cuba? In Adrift: The Cuban Raft People , Alfredo Fernández surveys the turbulence produced an entire hemisphere away by the collapse of the USSR, and concludes that, ironically, the greatest collateral damage has been inflicted not on the regime of Fidel Castro but rather upon the men, women, and children seeking to flee his dictatorship. For although U.S. immigration policy changed soon after, Castros grip on the Cuban people has remained unyielding, even as extraordinary economic crises have wracked the island. As a result, countless refugees seeking freedom have disappeared without a trace into the churning waters of the Florida Straits. And many of those rescued in international waters by U.S. naval vessels have simply been turned back over to the Cuban authorities. Focusing especially on the years 1994 through 1996, by which time the magnitude of the post-Soviet changes in Cuba had become fully apparent, Fernández presents a compelling international gallery of survivors, victims, traitors, rogues, and heroes. From the infamous destruction of two unarmed private planes (sponsored by the humanitarian group Brothers to the Rescue) by Cuban MIGs in February 1996, to an afterward on the media-driven frenzy over five-year-old Elián González, found alone in an inner-tube two miles off Fort Lauderdale in November 1999, this is the powerful, true saga of two nations in conflict and the hapless people adrift between their shores. Fernándezs compelling account captures the stories of the Cuban boat people, which are particularly relevant in light of the recent Elián González case. The work transcends purely ethnic interest in addressing a political topic of broad national impact.

THE HEART-STOPPING MEMOIR, NOW A MAJOR MOTION PICTURE STARRING SHAILENE WOODLEY AND SAM CLAFLIN, AND DIRECTED BY BALTASAR KORMAKUR (EVEREST) A compelling, at times devastating, ultimately inspiring account of how much can go wrong on the ocean and how, miraculously, one woman conquered her own fears.

A group of urban Egyptian hipsters debates secularism and "fundamentalism" with tragic consequences. Cast of 4 women and 6 men.

In spite of soaring tuition costs, more and more students go to college every year. A bachelor’s degree is now required for entry into a growing number of professions. And some parents begin planning for the expense of sending their kids to college when they’re born. Almost everyone strives to go, but almost no one asks the fundamental question posed by Academically Adrift: are undergraduates really learning anything once they get there? For a large proportion of students, Richard Arum and Josipa Roksa’s answer to that question is a definitive no. Their extensive research draws on survey responses, transcript data, and, for the first time, the state-of-the-art Collegiate Learning Assessment, a standardized test administered to students in their first semester and then again at the end of their second year. According to their analysis of more than 2,300 undergraduates at twenty-four institutions, 45 percent of these students demonstrate no significant improvement in a range of skills—including critical thinking, complex reasoning, and writing—during their first two years of college. As troubling as their findings are, Arum and Roksa argue that for many faculty and administrators they will come as no surprise—instead, they are the expected result of a student body distracted by socializing or working and an institutional culture that puts undergraduate learning close to the bottom of the priority list. Academically Adrift holds sobering lessons for students, faculty, administrators, policy makers, and parents—all of whom are implicated in promoting or at least ignoring contemporary campus culture. Higher education faces crises on a number of fronts, but Arum and Roksa’s report that colleges are failing at their most basic mission will demand the attention of us all.

This is a new release of the original 1943 edition.

"Comparing and contrasting the households of deep-sea and coastal fishers, Binkley illustrates the daily dependence of husbands upon their wives' labour and ability to adapt to often difficult and precarious living conditions. 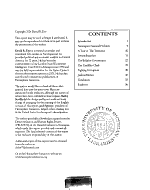 Features original essays that assess the impact of the transformed post-Cold war and post-bipolar international system on American foreign policy and incorporate the significantly increased role of domestic constraints in shaping foreign policy.

In recent years Dutch society has faced increasing crime among youngsters from different ethnic backgrounds. Moroccan youths particularly are involved in criminal activities. This book offers a colourful and insightful portrait of a criminal Moroccan gang in the Netherlands. A group of Moroccan youths, who had come To The Netherlands to join their migrant fathers, was closely observed for more than eight years. Hans WerdmÖlder describes and examines the changes and continuities in their process of marginalisation and, For some of them, The difficult return to core institutions of society. To get in touch with the Moroccan gang the author used personal and direct methods. During the research WerdmÖlder became a barkeeper in a youth home, a youth worker and a social worker. He conducted research not only in an old neighborhood of the city of Amsterdam, but also in Morocco. The combination of personal observation, interaction, and ethnographic research into the setting and lives of such a peripheral group in Dutch society makes the study perceptive and highly readable. The book forms a valuable contribution To The discussion on youth gangs, particularly of second generation immigrants, and especially in the European context.